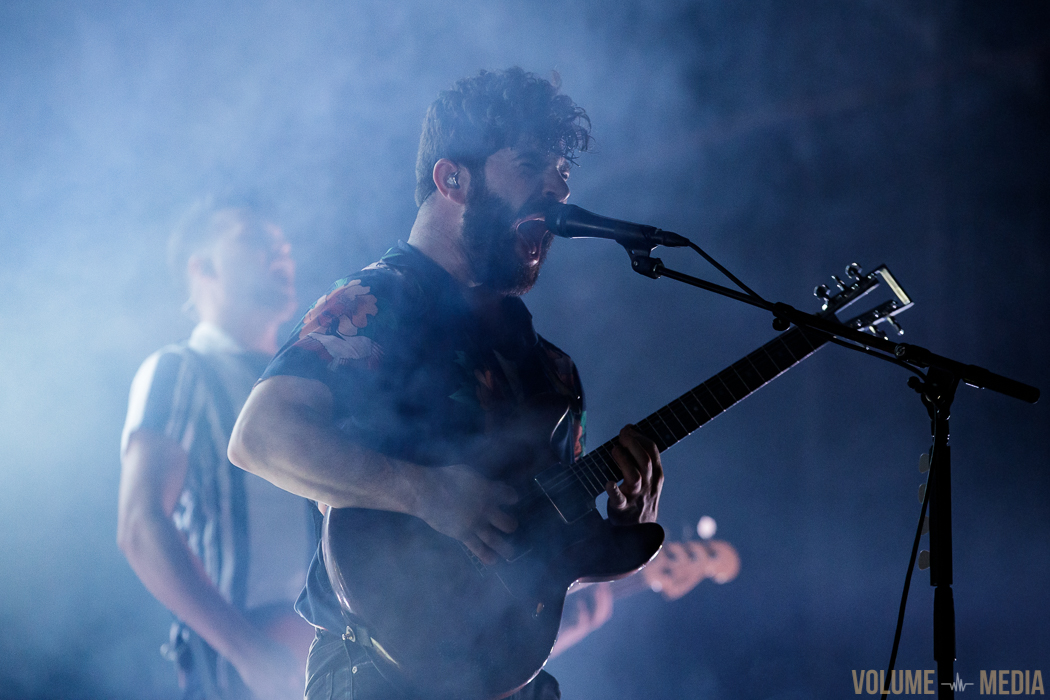 Make no mistake: Warpaint are headlining material in their own right. The Brooklyn-based quartet have proven their worth time and time again over these past 15 years, truly blossoming in the 2010s as one of indie-rock’s most consistent, formidable acts. Hell, the last time the band were in Australia they played their own show at the Sydney Opera House – not a thing to be sneezed at in any respect whatsoever. Having said all of that, Warpaint play their part tactfully here. They’re aware of the role they’re playing in tonight’s proceedings, and they adjust their set accordingly.

That’s not to say they compromise by any means, however – in fact, they’re boldly showcasing their musical personality and instrumental connectivity as a collective to a crowd that is predominantly unfamiliar with their work. “Love is to Die” is hypnotic in its execution, “Keep It Healthy” loosens up the limbs and “New Song” promptly turns the quickly-crowding Hordern into a makeshift rave cave. It’s absolutely exceptional stuff from a band that have been delivering nothing less for over a decade now.

A few key things have changed for Foals in the three-and-a-half years since they were last in Australia. Bassist Walter Gervers has exited the fold, but in his place stand new auxiliary members – Everything Everything’s Jeremy Pritchard donning the four-string, while percussion and electronic drums are manned by Kit Monteith. As a result, the band’s layered sonic approach is given arguably its most faithful recreation yet in the live department – and the show is entirely better of for it.

They’ve also made two new albums, Everything Not Saved Will Be Lost – part one of which they are currently in the midst of the cycle for. Although the crowd tonight makes no bones about favouring tracks from Holy Fire and What Went Down, they’re still on-board when the band deviates to Part 1 cuts. Single “Exits” garners a strong response, while the resplendent “Sunday” allows the audience to catch a much-needed breather – and maybe even get a couple of couples schmoozing up to one another. ‘Tis the season, after all.

Elsewhere, the freshly-expanded sextet push all the right buttons. Anyone who’s seen the band before can testify to their unbridled energy, which is put to full use here across tracks like the bouncy “My Number” and the old-school throwback “Olympic Airways.” Frontman Yannis Phillippakis keeps up the same conviction and intensity across each track, no matter what its musical context is. The band’s escapades are further accentuated by a tasteful light-show, setting the mood for the set’s various twists and turns. A beautiful ocean blue shrouds the stage during Total Life Forever’s “Spanish Sahara,” matching the colour scheme of the album cover, before making a stark shift into red for – what else – “Red Socks Pugie,” which pleases the older fans in attendance to no end.

The night rounds out with an intense run-through of “What Went Down” and “Two Steps, Twice” – both of which see Phillippakis make his way into the crowd to truly revel in the moment. After many bands of their era either imploded or self-destructed, it really is quite something to see a band like Foals maintaining such a firm grasp. Simply put, they’re gonna ride ’til they can’t no more.