2019 was a huge year for Brisbane based outfit WAAX, seeing them on tour for their single ‘I Am’ and releasing their debut album Big Grief in the latter half of the year. We’ve heard them at their most explosive but they hit us with a raw side too, the lyrics reflecting feelings and situations that most of us have been in before. We had a chat with lead singer Maz DeVita about Big Grief, the emotions that she can feel from the crowd when she performs and the fun of getting a bunch of punks to do yoga.

Grief is a pretty hefty but universal feeling to tackle, what album did you initially set out to make?
Well, I wanted to make a record that ebbed and flowed a lot and we wanted to have something that went up and down and a bit of a roller-coaster. Obviously very emotional because a lot of our music is super emotional. And I wanted to showcase what we are capable of songwriting-wise because up until this point we had just released two EPs and they were pretty much mostly just straight bangers one after another. We kinda wanted to have some tracks that were a bit more introspective and shows off that my song writing is more than that and there is more to us as a band. So yeah it’s a bit more of a showcase and I wanted all the tracks to be cohesive and work nice together. The whole record is just about grieving for people coming in and out of your life, change, the way that old habits die. That’s sort of the record that I wanted to write. I wanted to close a chapter of the early part of our band, let go of a lot of things that had happened and use it as a cathartic way to move forward.

Like a new beginning! And with that vision, do you feel like you successfully got to that place with Big Grief?
Yeah, I think so. I am really proud of the record. Like it was hard to make. We are all working full time and trying to make it work. It was a long process to get there and it was the best record we could possibly make at the time and so I can only be stoked about that and I think the rest of the band is as well. But we are definitely so far beyond that record songwriting wise because we wrote it like 2 years ago now and we are definitely changing lanes and getting better at what we all do so it’s an exciting time, starting to work on some new stuff.

So there will be some big things to come then?
Yeah, hoping so!

I read that you “wanted to put Side A to bed in a nice sweet way [with the acoustic track ‘Changing Face’], and then Side B… BAM!” Hitting people with the energy of ‘Fade’. That thinking lends itself to listening on vinyl. Did you think about how people would listen or what situation did you envisage people experiencing your album?
Yeah, we are all big vinyl lovers and it was only natural for us to be like how can we make this a really great, flowing record that you could listen to both on a streaming service and on vinyl. So it was definitely really conscious, the journey that the record takes you on. Having those low moments and bringing them back up. It’s a really delicate process of trying to get the push and pull of songs together right. It took a while to figure out where they would go. But I definitely always knew that I wanted ‘Big Grief’ as the opening track. That was something I was certain of because that track in particular really encapsulates the whole record and obviously it’s the title track but yeah it kind of is an overarching idea and sets the tone for the rest of the themes that get explored throughout the rest of the record.

Was that the first song you wrote from the album?
No, no, the first song that was written that’s on that record was ‘Fade’ actually. ‘Fade’ is about 3 years old now. Probably the oldest track but we just couldn’t bring ourselves to let go of it. And yeah it’s still so fun to play live as well, it’s such a great, punchy track.

Speaking of playing live, what’s the best part about making music for you? Have you always enjoyed playing shows and touring or do you enjoy the writing aspect more?
I love them both equally. I don’t really prefer either one more because they bring different things to my life. The songwriting side of it is very cathartic for me, it’s about exploring how I feel and how I fit into the world, how I interpret the world. It gives me purpose. But then on the other side, on the road I feel the most empowered, I feel strong, it’s where I feel my most confident because I love being on stage – the rest of the band do as well. I just get to be around my closest mates. We get along like a house on fire and we love each other a lot so it’s always really fun and a good experience for us. Yeah they both have good qualities, I am very lucky that I enjoy both of them.

You’ve got a huge tour ahead of you, what sort of things do you do on the road (in between shows) to keep you sane and happy when you’re always on the go?
I think one of the things that we’ve started doing when we’re on the road, especially big tours is yoga. We try and do some before gigs just to stretch out our bodies so we don’t hurt as much but also you feel a bit more relaxed about going on stage.

Get yourselves right into that zen zone.
Yeah! It’s really interesting, it gets your focus right. Before, I never really gave a shit about looking after myself on the road which has proven to be a really dumb idea. *laughs* So I decided: “Let’s do something as a group”, and we did it with our supports and things as well. When we’re headlining, we invite everyone to come and do it. It’s so funny because it’s really not the kind of people you’d think. But it’s the physical buzz of it, I’m not a crazy yoga person at home, I just do it on the road for some reason and it just keeps me from going nuts. And other than that, just hanging out, going on walks to places. I know with Griff, our bassist, he’s the first person to find a coffee. He’ll be out of the door at 8am getting everyone coffee and that’s his little thing that he does on his own. I like to listen to podcasts and chill out for a bit. Everyone has their own little way of getting through. At the end of the day we are really lucky because we all get along and love each other and that’s a really big plus!

I love that. So what’s your favourite song to play live?
I think ‘FU’ is probably my favourite to play live because it’s also my favourite one on the album. Yeah I love it because the crowd responds so well to it and it’s always such a great response and everyone is vibing it. I definitely feel people letting go of some anger when they’re in the crowd there. Saying “fuck you” is pretty fun to do when you’re in a group but it’s also a great release and you can feel it from the audience. For whatever that song means to them and whoever they are saying “fuck you” to, you can definitely feel it coming off them. And I’m like “YES that is what that song is for.” That song is for you to have that moment to be like fuck this place, fuck this person or whatever the hell.. just like, fuck it. It’s just a really fun song to play live.

What would you say to young fans who have that energy (maybe they express it through music, some other creative thing, or even activism?) A word of advice?
I’d say listen to your gut because that’s usually right, listen to those instincts. Don’t let anybody sway you. You know your own path, you’ve got it in you. We are often pushed and swayed in different directions and I think that the best person to trust is yourself and believe in what you feel.

You mention that you’ve changed a lot since making Big Grief because you started it more a few years ago, what can we expect from WAAX in 2020, after your big tour? What have you got brewing?
Well, we are kind of in the infant stages of working on our new record. I only recently just started having this… whenever I am ready to make a record, my whole body, holistically, soul, mind, whatever the hell all align and I’m like “okay now I am ready to make a record.”

So now’s the time?
Yeah. That’s it. I woke up one morning about a month ago, and I’ve been writing heaps. It’s not like I stop writing it’s more like, I’m writing because it’s nice and fun but I always need to have that feeling. I was like “Oh, when is it going to happen?” and then I just stopped thinking about it. I woke up one morning and I was like “I know I’m going to start now, let’s start a record!” I always look at things from a macro point of view, I’m like “okay how do I want the overall idea to be?” and once I’ve decided on that, I start working and filling in all the blanks and being like “this is the vibe I’m looking for”, and then everything else follows. It is a really exciting time and we are looking at doing some international touring which will be fun, so there’s heaps of stuff in the works. I think it is going to be an exciting year for us, a really big year I think. 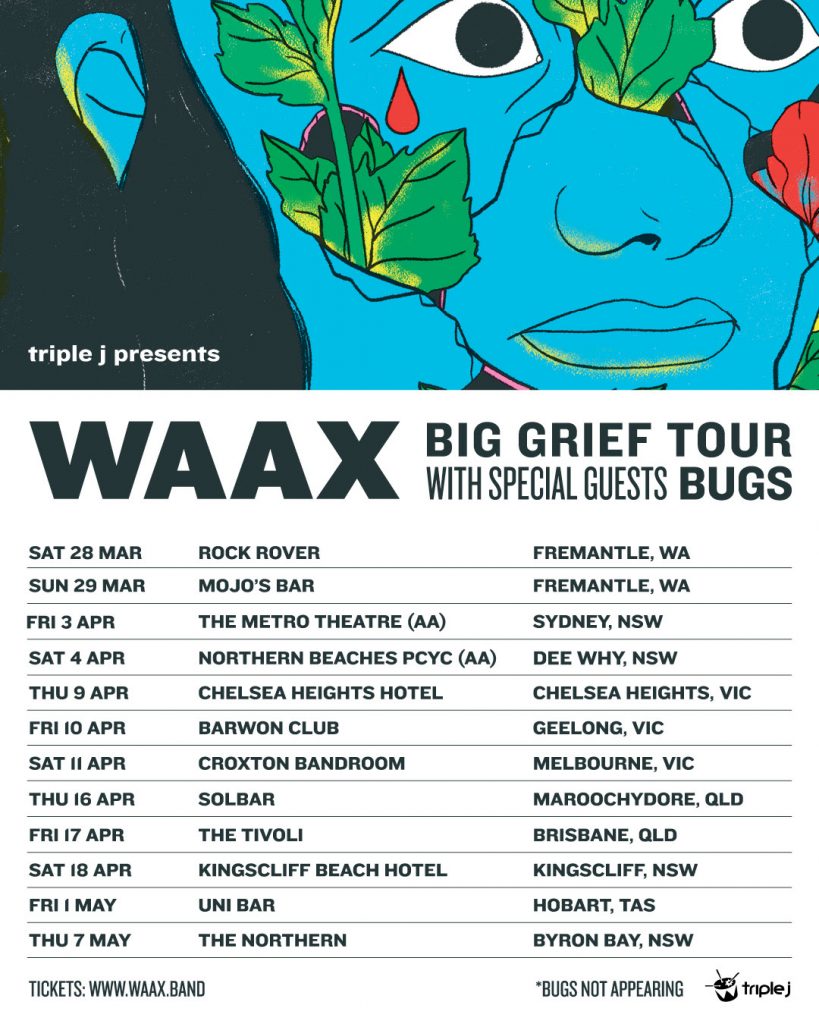