Aussie Rock Pop darlings, KILLING HEIDI, will head out on their first national tour in more than a decade.

It’s been twenty years since triple j unearthed the Hooper siblings as Killing Heidi with their disarming folk pop song, ‘Kettle’. The band soon expanded into colourful teenage power pop and burst onto the national and international stage with their breakthrough debut album Reflector, released in March 2000.
Anthemic singles ‘Mascara’ and ‘Weir’ made Reflector a blow-out success and cemented the work as one of Australia’s most loved pop albums.

The early naughties belonged to Killing Heidi with Weir placing #2 and Mascara #14 intriple j’s Hottest 100. Reflector went onto to take out four ARIA awards and reach 4 x platinum status. The Hooper siblings also won the critically-acclaimed APRA songwriters of the year award.  A seminal part of the Aus indie music story. Reflector will be available for the VERY first time digitally on March 24.

Ella and Jesse Hooper reignited the flame re-banding for the 20th anniversary of Queenscliff Music Festival in November 2016, a perfect fit as it marked 20 years since the siblings first started performing as ‘Killing Heidi’. Inspired by the electric energy and capacity crowd their reunion performance drew, they then went on to wow fans at theZoo Twilight concert series in February at Taronga and Melbourne Zoos. Ella, Jesse and the band are full of their trademark enthusiasm and can’t wait to get back on the road again.

Tickets and more info at: www.livenation.com.au 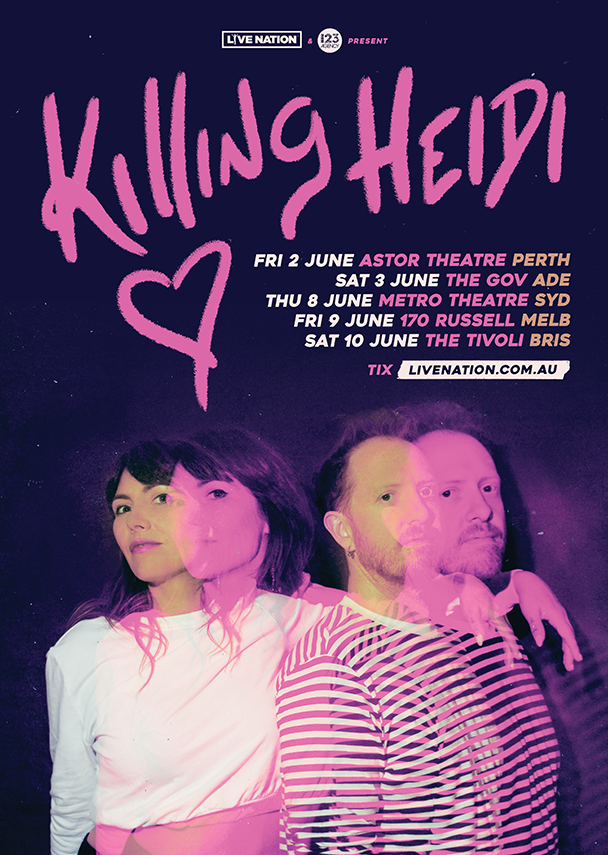