The Metro Theatre was filling up quickly with fans from all backgrounds, the Horizons’ 10th Anniversary tour was only in it’s early stages and already the crowds were proving their dedication to the Australian metalcore heavy weights Parkway Drive, with sold out shows for the entire Sydney leg of the tour and almost all other stops.

I made my way into the theatre and found an optimal position for watching the gig and the crowd, I chatted away with some punters next to me, while we watched the pit grow substantially, anticipation for the night ahead was thick in the air. Luckily we weren’t made to wait for long, as Justice for the Damned – a metal band from South/West Sydney and the Blue Mountains – graced the stage and wasted no time in throwing everything they had into their set, the lead singer dedicated their portion of the show to the local hardcore scene from which their band was born, and had the crowd thrashing it out to their heavy riffs for the entire 30 minutes, setting the bar high for the remainder of the night.

After what felt like a very short 30-minute break, the energetic boys from Sydney’s metalcore band Polaris entered the stage, which sent the crowd crazy. The lead singer, Jamie Hail had no troubles getting the crowd to do as he asked, summoning circle pits a plenty, and even managing to conjure up an impressive wall of death. Guitarist, Ryan Siew shredded away on his guitar, and during the second last song Casualty, it seemed as though he was letting himself be taken on a journey by his own riffs. Polaris brought something so special to the night, the punters reacted to their music in ways you could only imagine global rock stars would have. Jamie high fived almost every crowd surfer as they sailed over the barrier, and spoke to the crowd about never giving up on your dreams. They gave their fans the upmost respect and in return were received with open arms and hearts. The boys finished their set with a crowd favourite, The Remedy and everyone in the theatre amped it up for the final song, sending the boys off with some of the loudest cheers.

During the 30-minute intermission that followed Polaris’ set, the sound guys entertained the crowd with old school hits including Linkin Park, and System of a Down, the pit kept themselves distracted with a spontaneous game of what looked like netball, only using empty water bottles. Before we knew it the lights were dimmed, and the ominous backing track to Horizons began, and sure enough, when the band entered the stage the crowd went crazy, half finished drinks being flung across the theatre.

Parkway Drive played a tight set, their sound was impeccable, their stage presence was undeniably great, despite seeming exhausted. Lead singer Winston McCall was feeding off the crowd’s energy, and as the show progressed, rather than showing more exhaustion, he was getting more amped up, egging the crowd on. A surprise guest jumped on stage during Dead Man’s Chest and shared the vocals with Winston making the lead singer laugh. Nearing the end of their set Winston admitted to the crowd that they were about to play a song that they’ve always avoided playing (Frostbite), after a cringe worthy accident the first time they played, the song finished without an issue, and the band played their final song Horizons. Before the band had walked off stage the crowd were chanting for an encore, and we were blessed with not one, but two encore songs, Crushed, and Bottom Feeder, two songs off their newest album Ire. Overall it was a fantastic night, and it was amazing to see the kind of connection each band had with the crowd and the respect they displayed for each other and the music scene as a whole. 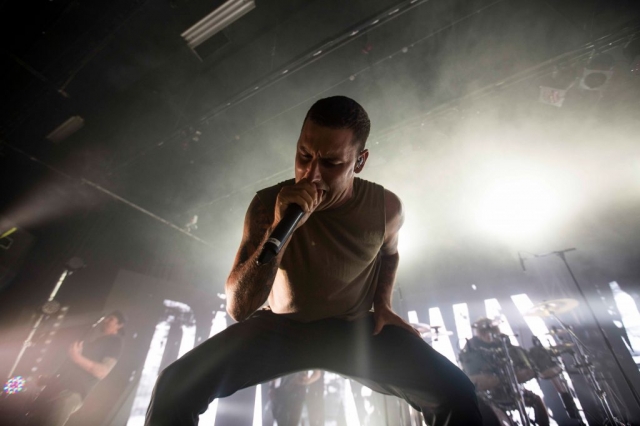 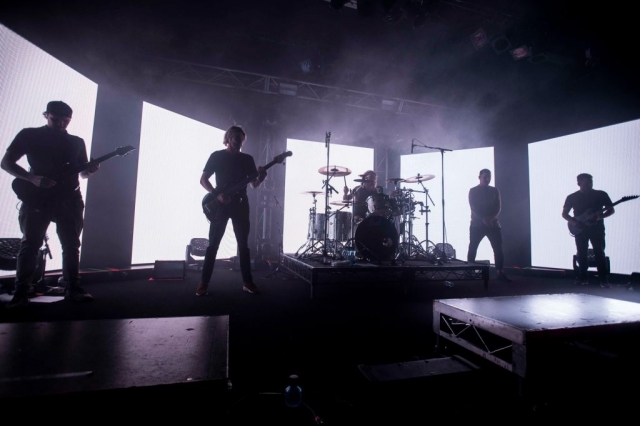 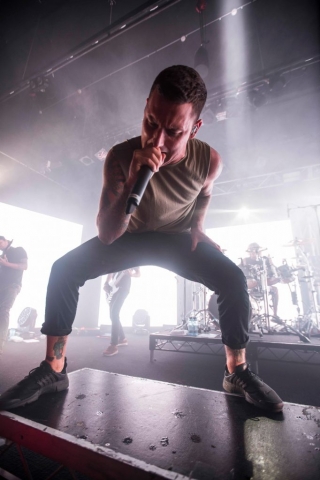 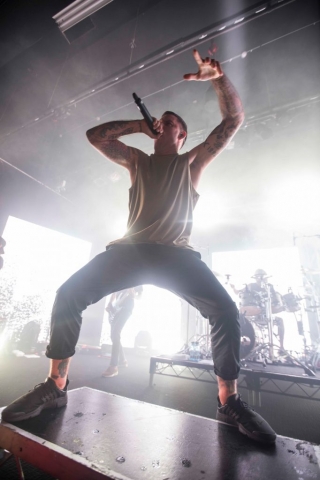 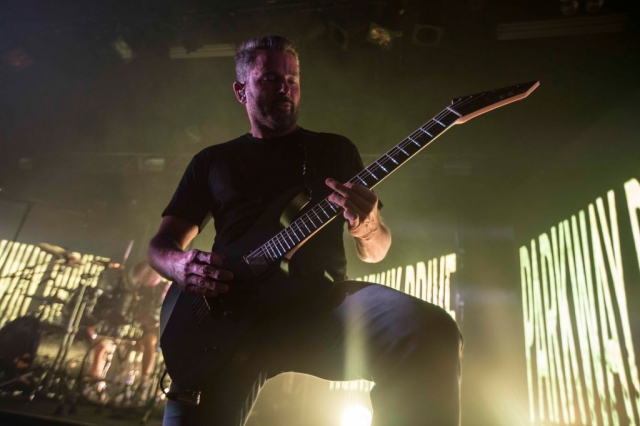 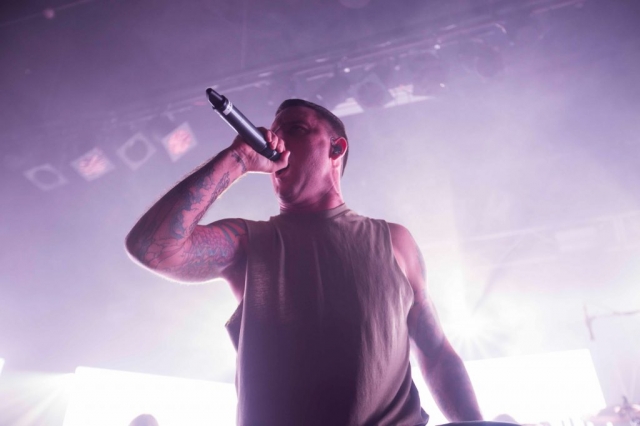 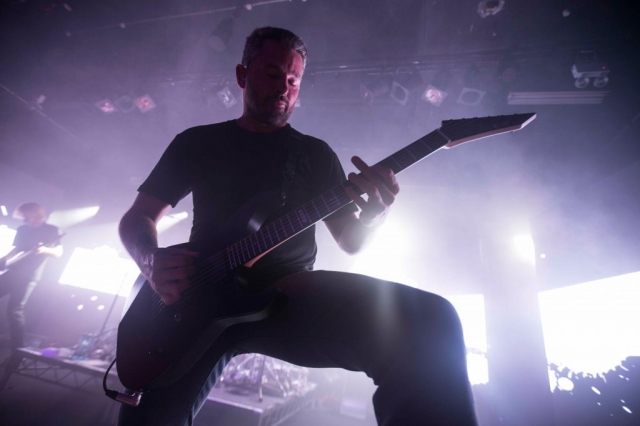 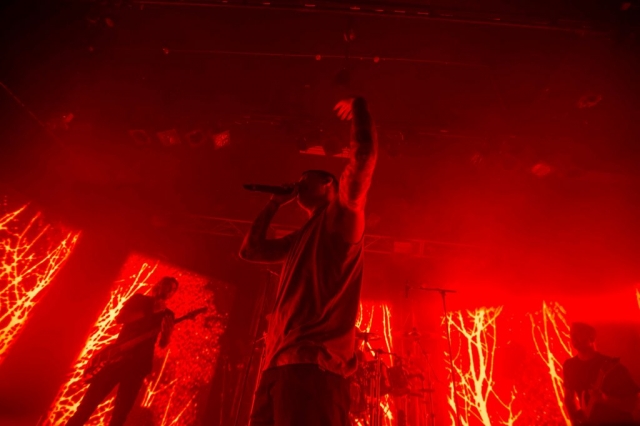 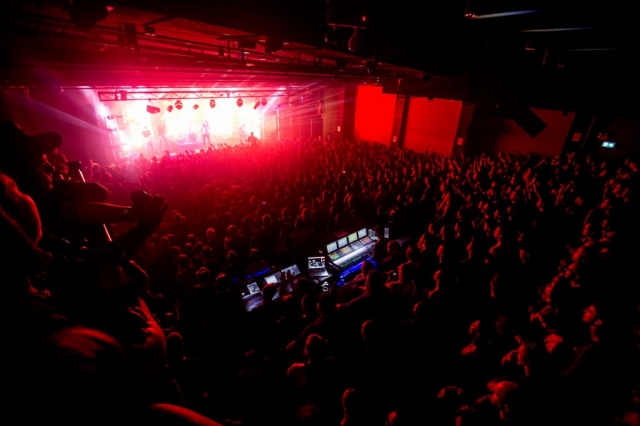 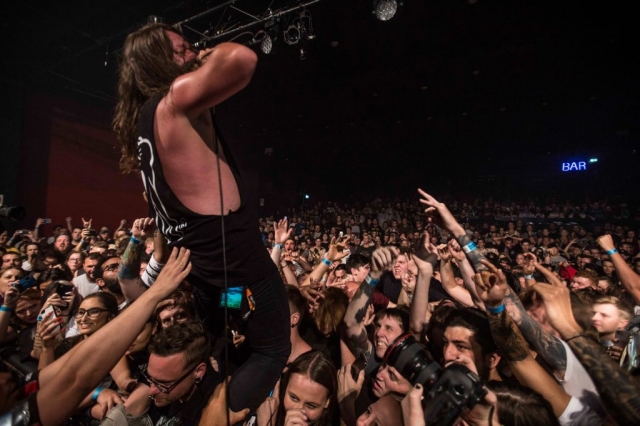 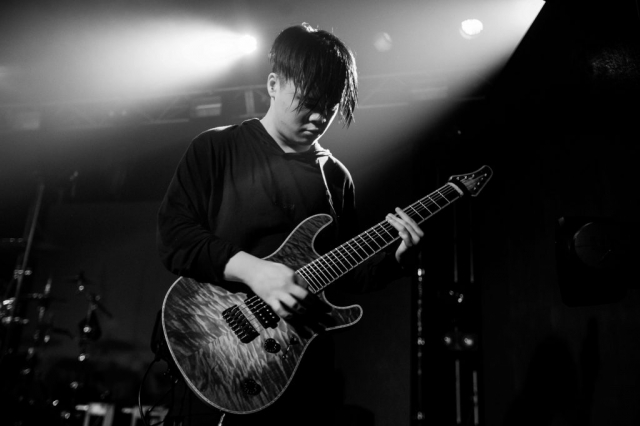 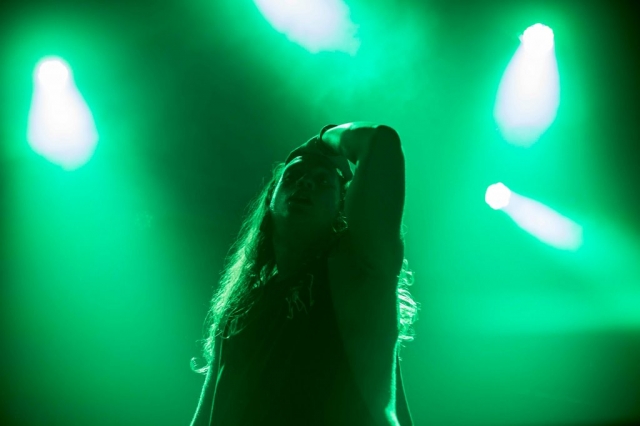 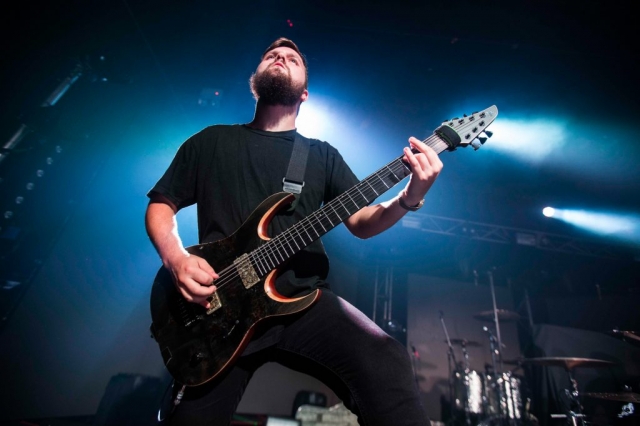 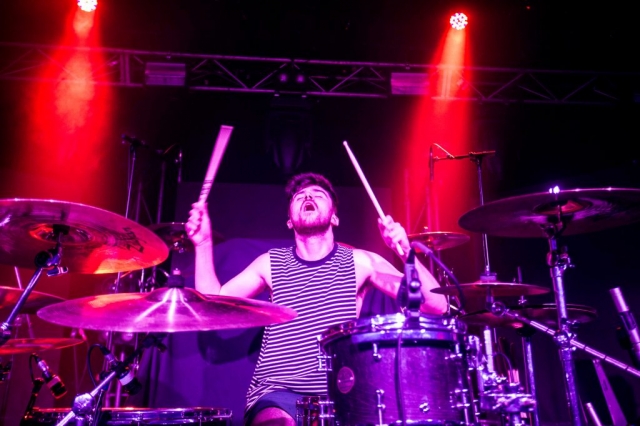 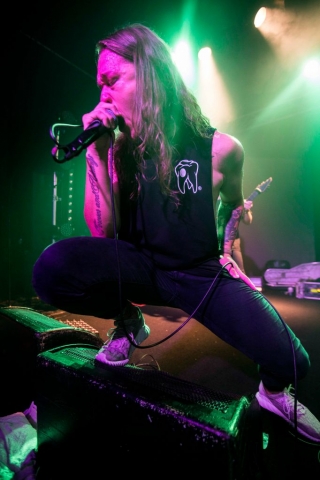 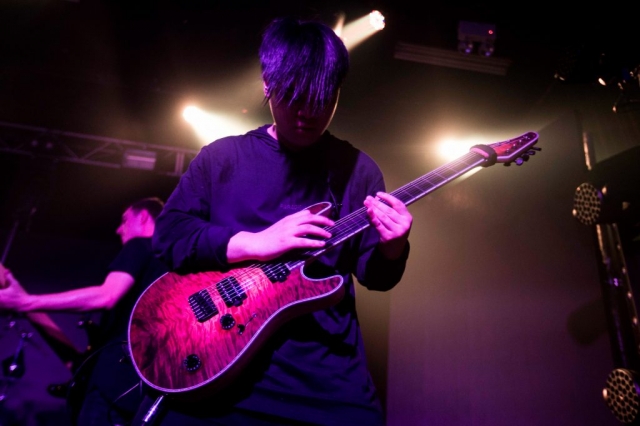 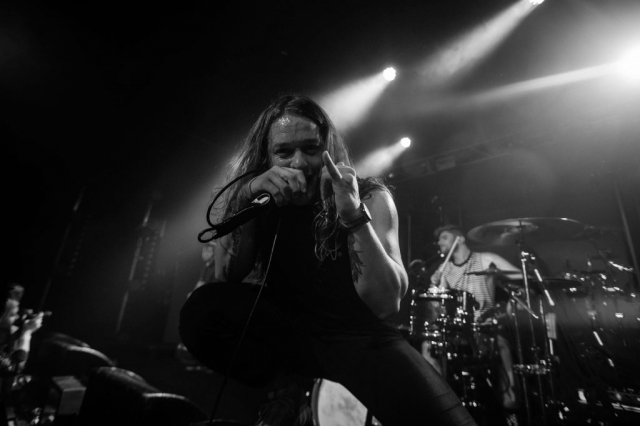 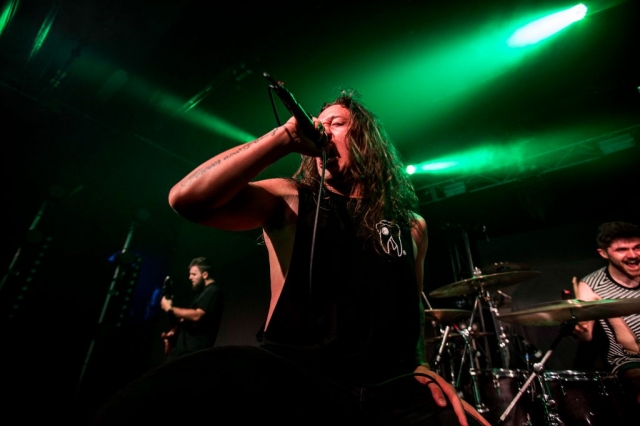 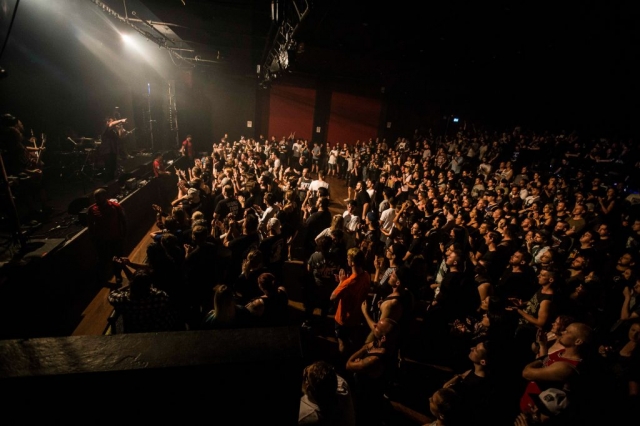 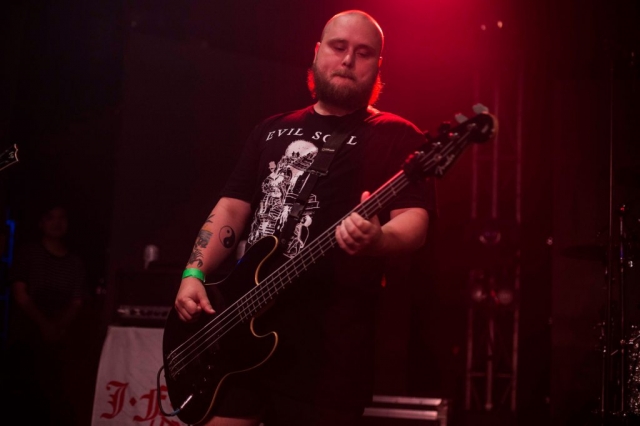 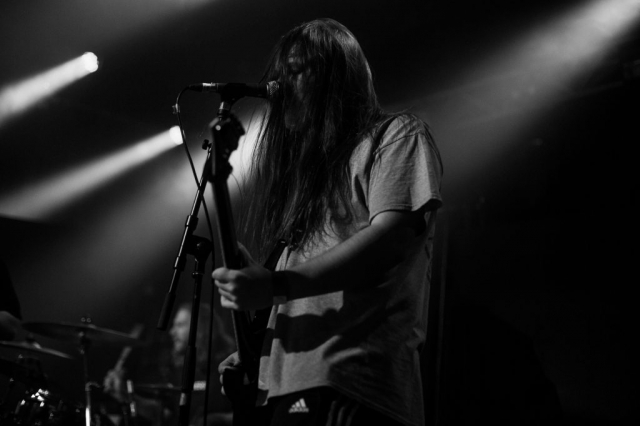 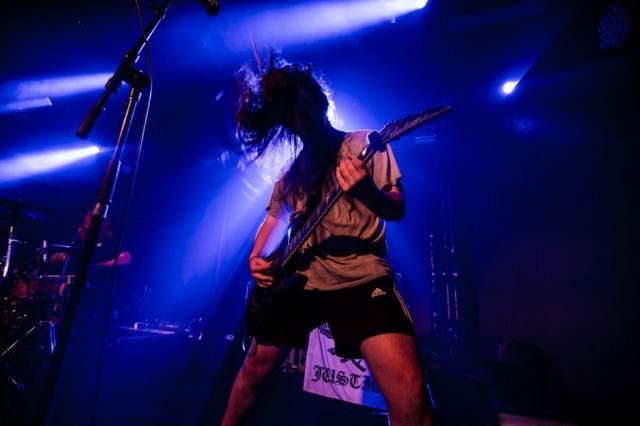 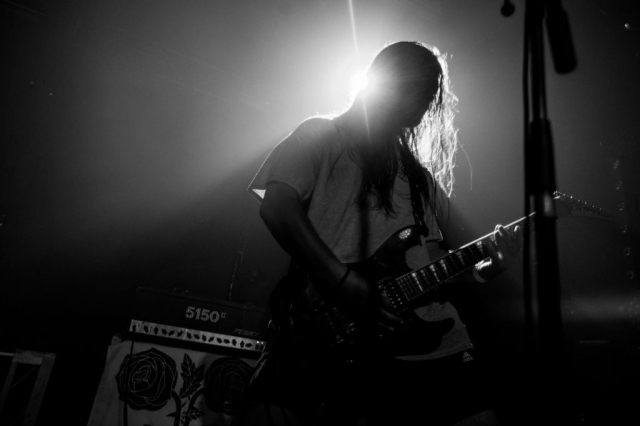 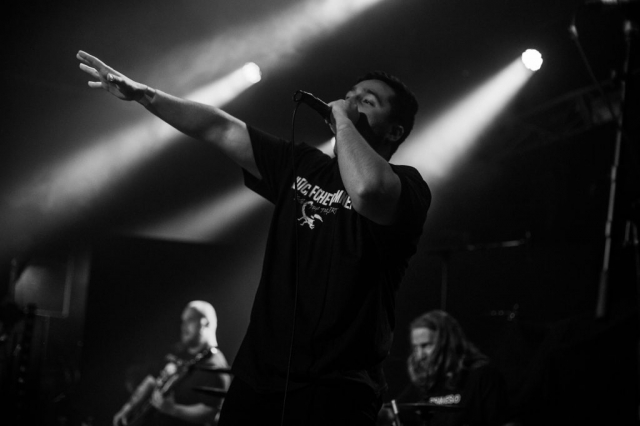 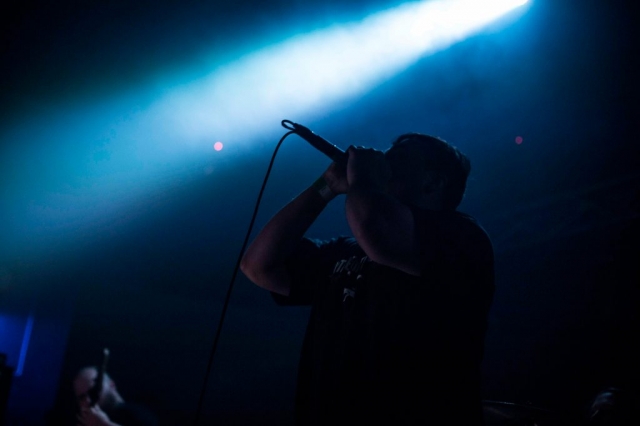 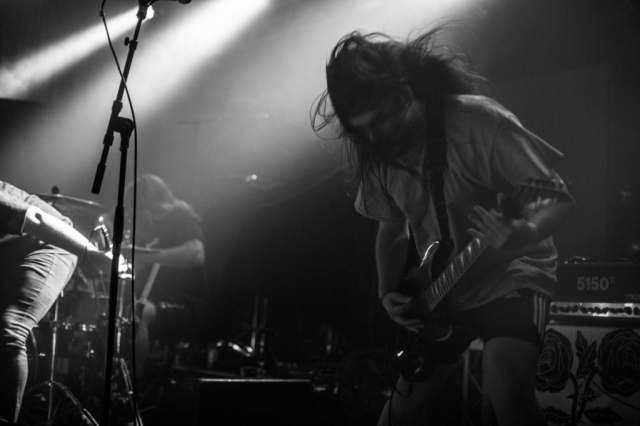 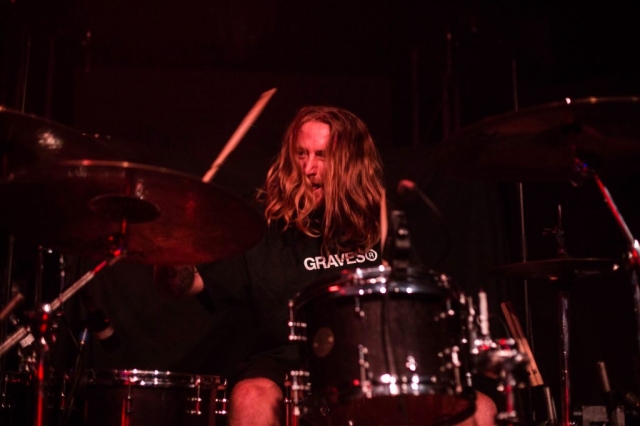