A sold-out UOW Unibar crowd was treated to an intimate performance by one of Australia’s best live vocalists of the moment on Thursday night when Sydney-based Meg Mac took to the stage as part of her national ‘Give Me My Name Back’ tour.

Having last graced Wollongong audiences back in 2017 as part of her ‘Low Blows’ Tour, Meg Mac has since built herself to be a constant presence in the Australian music scene, being a regular on festival line ups around the country, something which is definitely not going to change with the release of her upcoming album ‘Hope’.

The night began with support from 19-year-old Fergus James, who’s track ‘Golden Age’ went viral last year after getting significant airplay through Triple J. Having only released two songs, his set was definitely an opportunity for many in the crowd to be introduced to an up and coming artist who is sure to rise through the ranks in years to come. Highlights of his set included the aforementioned ‘Golden Age’, latest release ‘What Are We Waiting For’, ‘Some Friends’ and his next single ‘Back To Life’. As a performer, Fergus James makes you feel like you’re watching a group of friends messing around in a garage – but in a good way! He was clearly having a good time performing, something which was definitely felt through the crowd, especially later in his set. Fergus James will only get better with age and is certainly one to watch for 2019 and beyond.

After Fergus, it was time for the angel herself to take the stage, Meg Mac. Her set began with the guitar heavy ‘Ride It’ and when paired with the presence of her signature wide-brimmed hat, it seriously felt like we had been transported to the wild west in the best possible way. She followed this up with two tracks from her 2014 self-titled EP, ‘Turning’ and ‘Every Lie’, the latter of which was a serious contender for the best song of the night. The song really highlighted the incredibly strong performance relationship between Meg and her backing vocalists, sister Hannah and Melbourne singer WILSN, with the three women never missing a harmony through the whole song and show.

Meg next gave a taste of her forthcoming album through the performance of its title song, ‘Hope’, a song which she described as “not a happy kind of hope, but dark and depressing”. This was followed by ‘Cages’, which began a cappella before building into a pulsing beat which had the whole crowd swaying in one form or another.

Nearing the halfway point, Meg took the opportunity to slow it down, playing the chilled out ‘Brooklyn Apartment (It’s Louder Than The TV And The Radio)’. She then decided to completely strip it back, with her band leaving the stage to leave her to perform a solo acoustic cover of “one of her favourite songs of all time”, Sly and the Family Stone’s ‘If You Want Me To Stay’. Despite being sat behind a keyboard for the first and only time of the night, Meg Mac’s voice continued to command the crowd, as she held them with her till the very last note.

Her band soon returned to perform the melancholic ‘Didn’t Want To Get So Low But I Had To’, another song in which the harmonies of Meg and her backing vocalists absolutely shone. This was followed by one of the crowd favourites of the night ‘Maybe It’s My First Time’, which had the whole crowd moving as she commanded the stage. Special mention needs to be given to her keyboardist Josiah who honestly deserves his own show given the incredible energy he exuded all night, dancing and singing while somehow still managing to play the keys.

Following this was another highlight of the night, ‘Grandma’s Hands’, which built itself into almost a chant as the entire crowd joined in singing while the drums continued to pulse underneath Meg’s commanding vocals. The titular song of the tour, ‘Give Me My Name Back’, brought the pace back down again, producing another special moment of the night.

Approaching the end of her set, Meg built the pace up once again, playing crowd favourite after favourite for the final songs, beginning with her most recently released track, ‘I’m Not Coming Back’, complete with an extended, almost swing, intro and, once again, incredible harmonies. Following this, the title song of her last album and tour, ‘Low Blows’, had the entire crowd singing at the top of their lungs, not to be outdone by the pitch perfect harmonies on stage. Another track from her forthcoming album, ‘Something Tells Me’, had the bass pulsing through the soul of the entire crowd (or that may have been just me standing directly in front of the speaker). Then came her ‘final’ song of the night ‘Never Be’. After witnessing it live, all I can say is I feel incredibly sorry for whoever did Meg Mac wrong.

After leaving the stage for a matter of seconds, she returned with a proclamation of “Surprise I’m back!”, before launching into what she said is one of her most requested songs to perform live, her like a version cover of Tame Impala’s ‘Let It Happen’, a stripped back, chill version of the psychedelic track. She then finished the night with one of her most ‘feel good’ tracks, ‘Roll Up Your Sleeves’, which had all the energy that should be expected of a final song and had the whole crowd singing along and no doubt leaving on a high.

From start to finish, not a note was missed as she held the entire crowd on the end of every lyric. With such a distinctive voice, Meg Mac is easily one of the best live vocalists, male or female, in Australian music right now, and with a new album coming out in less than a month, you can bet that this will not be the last we see of her for 2019. 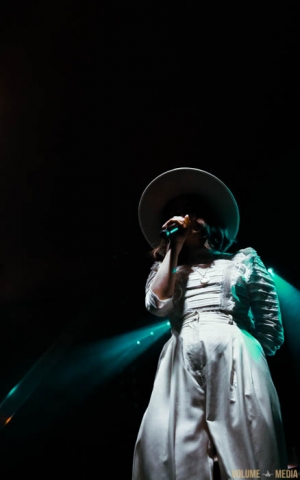 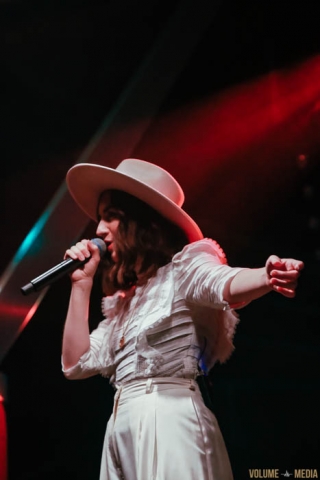 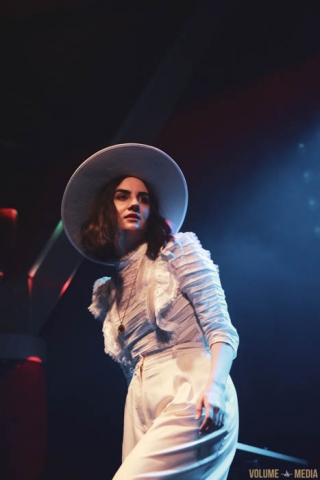 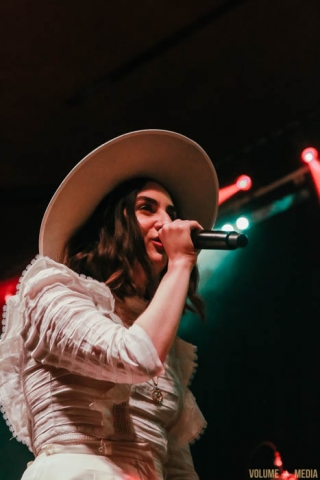 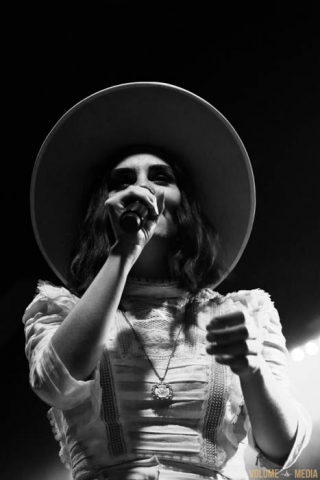 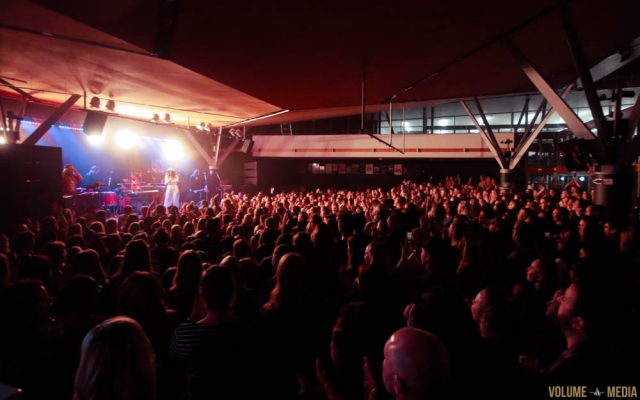 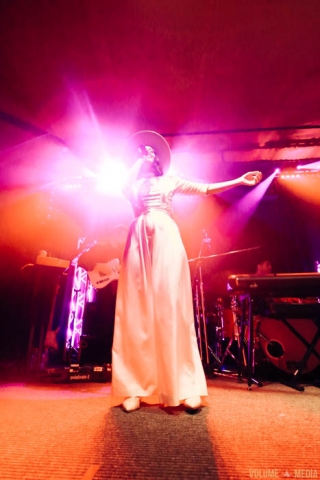 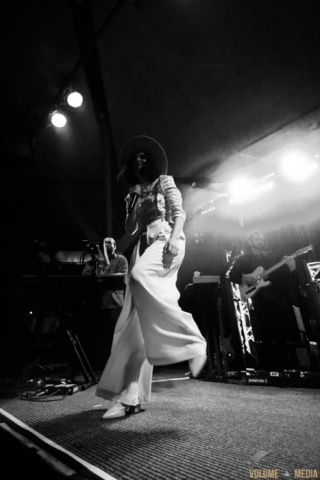 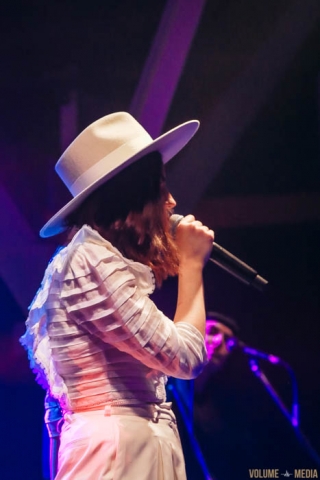 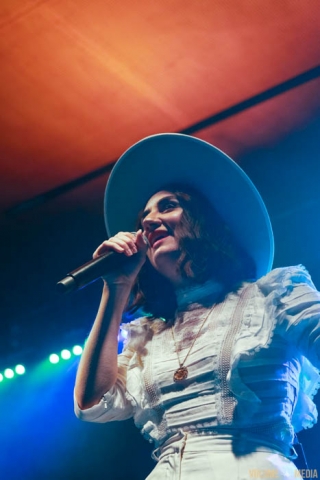 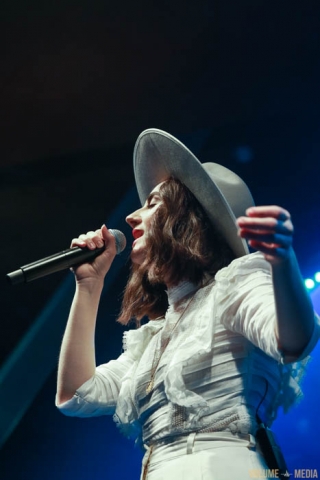