An AFL game had just finished at the nearby SCG when the gates opened to the Hordern Pavilion, so getting to the door meant weaving between the crowds of people and cars exiting. The contrast of football jerseys, woollen scarves and red and white beanies against black t-shirts, cargo pants and leather jackets was overwhelming. Sydney’s heavy music fans had made their ways out of the cracks in the pavement to show up in force for the night’s offerings of Stone Sour and Bare Bones.

The crowd had barely managed to make its way through the pavilion’s thorough security checks before Sydney outfit Bare Bones took to the stage. The band created an instant wall of sound the moment they walked on stage. Their lead vocalist started the set off all guns blazing but seemed to wear out quickly. While his vocals stayed strong the entire set his stage movement dropped off substantially after the first song, and an energetic band wasn’t enough to lift the stage presence of the opening act. Guest vocals for one song added a much-needed energy to the stage, and the next song delivered the only lengthy solo for the set. A breakdown in the second to last song was heavy and tight, and final song Copper in the Cast was a punk influenced highlight of the set. Bare Bones definitely fit the bill, and warmed up the crowd wanting a loud hard rock gig.

The stage was lit a deep purple before an epileptic light show signalled the start of Stone Sour’s time on stage. The band walked out one by one to a backing track, with frontman Corey Taylor being the final member to appear on stage. Love him or hate him Taylor is a talented performer, and he delivered a full energy set on the night. Opening with Made of Scars the band immediately got to work making the crowd jump up and down. The room was soon shaking along to the music.

Taylor thanked the crowd, letting them know Australia had great heavy music fans, before the band launched into Take A Number off their first album. They used the energy of the room well, switching between down tempo tunes like Say You’ll Haunt Me and crowd sing-a-long Brother and heavier songs 30/30-150 and The House of Gold and Bones, part one’s Tired.

After again letting the crowd know how much he loves Australian rock crowds Taylor announced a new video for up coming single Rose Red Violent Blue (This Song Is Dumb & So Am I), which will apparently be “fucked up”. The song is hard rock central and went over extremely well with the die-hard fan crowd.
A “Nickleback Suck” chant started later in the set, fuelled by a recent feud between the two rock bands. Taylor dismissed the chant with a laugh before the band belted out the last few songs of the set.

Ending on Through Glass it was clear the band was building to an encore. A backing track played before the band re-emerged on stage, but it only seemed to signal the end of the gig rather than excite the crowd. The first song of the encore, Sovereign, was interrupted because of a fall in the crowd. The band showed true professionalism at this point, before their last two songs. As they began to play show closer Fabuless inflatable dancing tube men shot up from the stage, adding to the spectacle of the performance.

Overall the night was a solid hard rock gig, centred as always on Corey Taylor. While Stone Sour might be a band aimed at an older audience and die-hard fans they definitely delivered for those people. If you’re a fan of hard rock, and can enjoy the spectacle of a rock concert without being annoyed by the cheesy crowd chanting and cliché banter then this Stone Sour gig was definitely your thing.

The night ended with Sydney’s metal heads again sneaking off into their hiding places, awaiting the next chance they have to come and rock out. 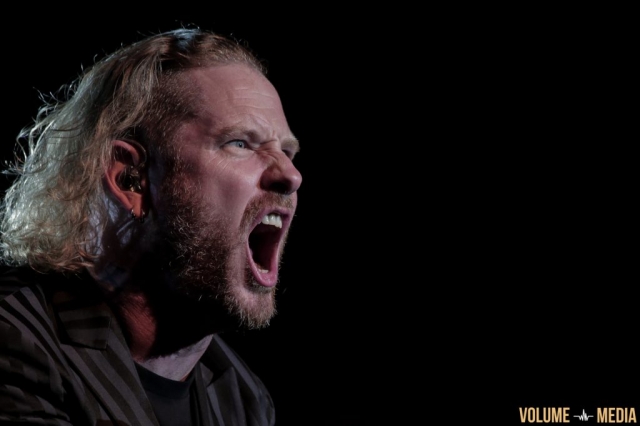 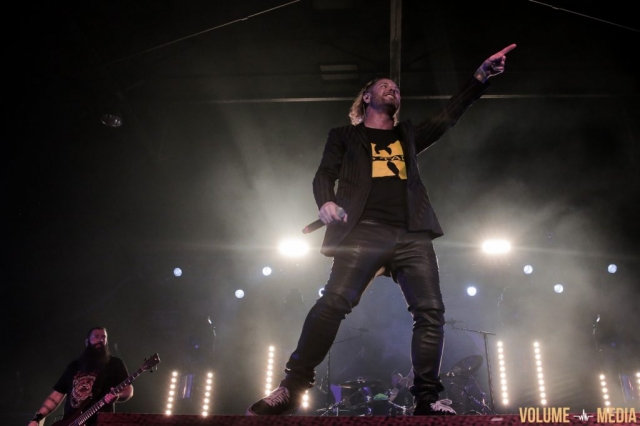 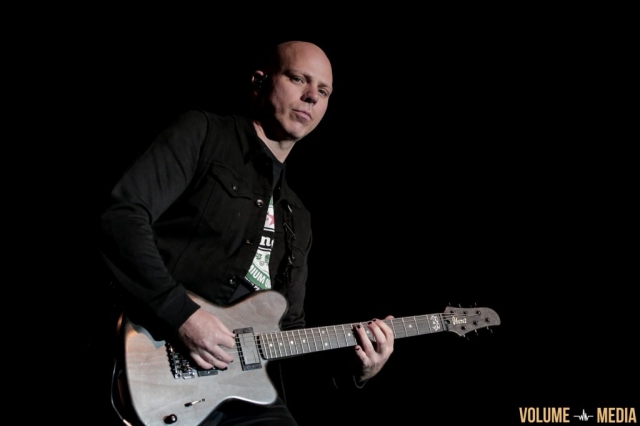 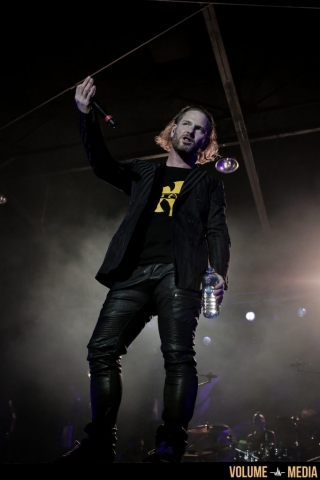 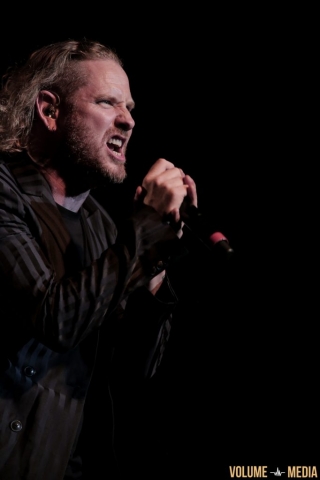 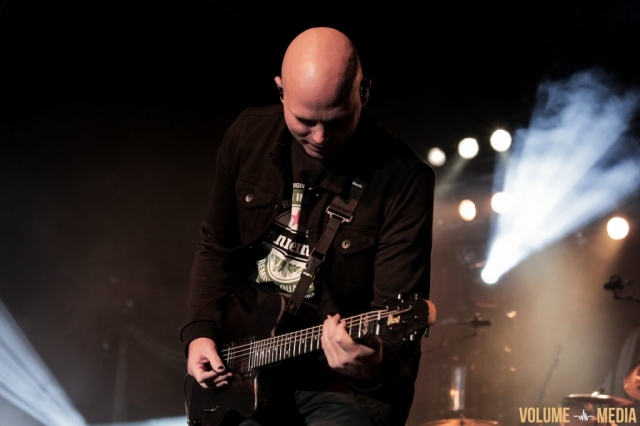 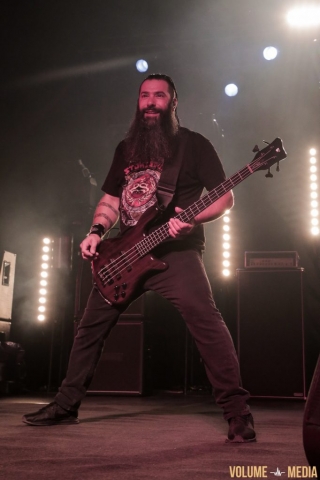 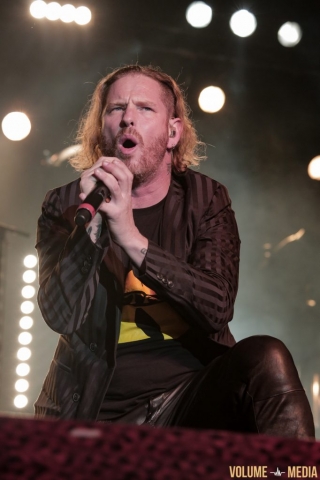 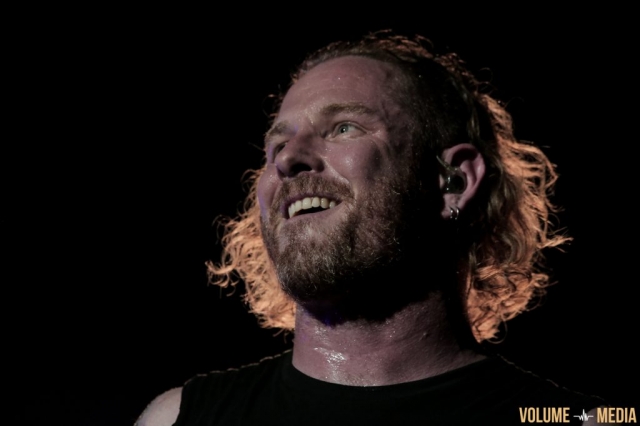 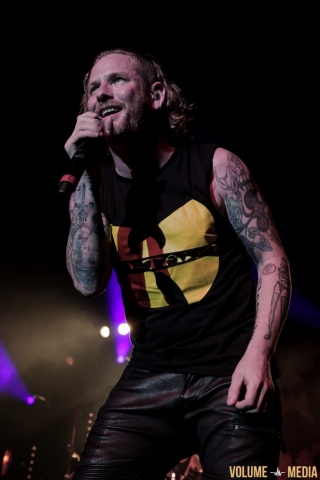 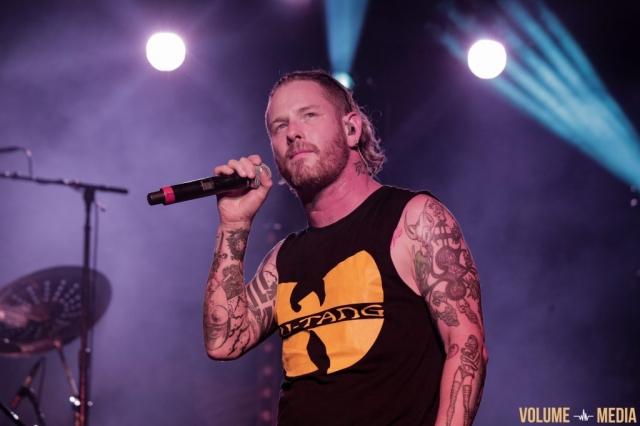 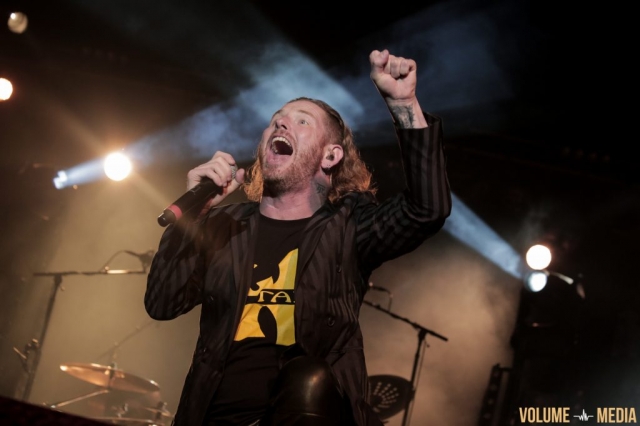 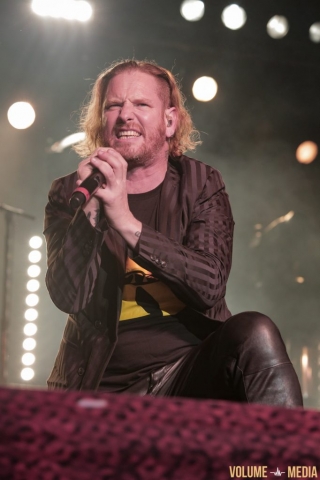 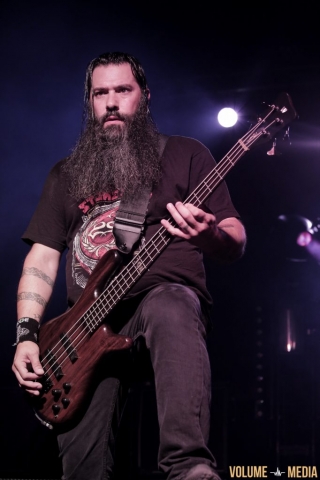 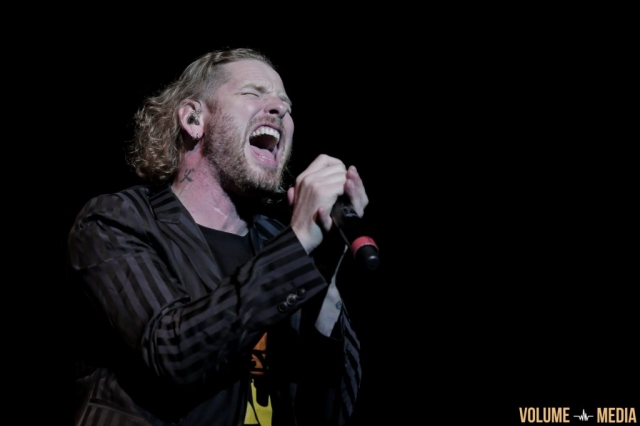 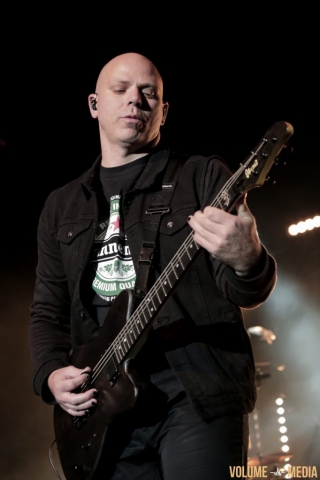 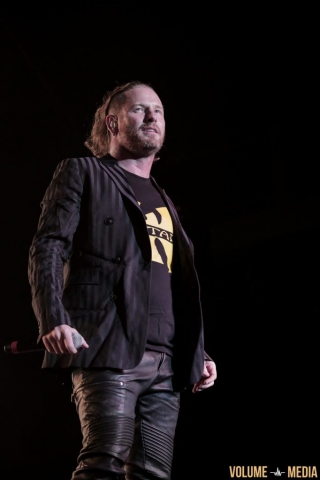 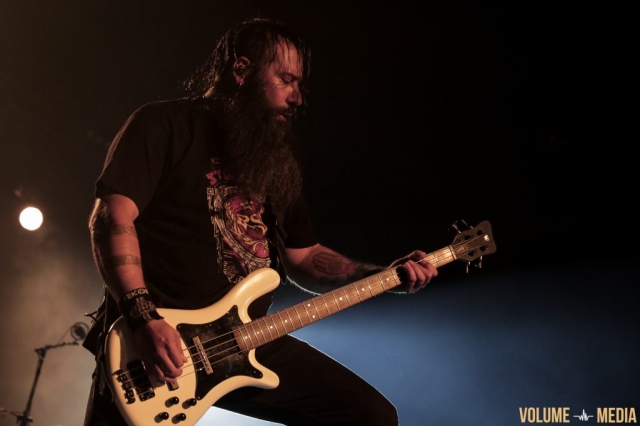 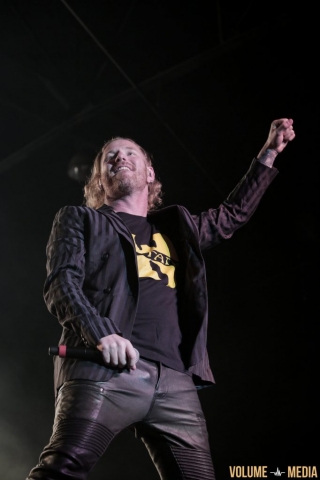 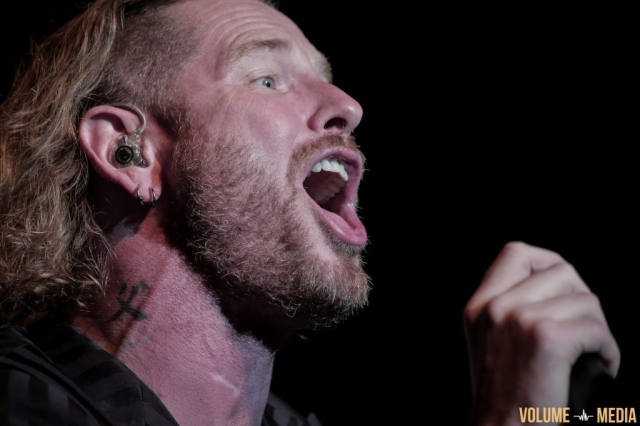