How to Socialise & Make Friends debuted at #6 on the ARIA Charts this past weekend, making the highest local and international debut of the week. They were one of only three new charting positions in the Top 50, and the only in the Top 10. Their debut self-titled album debuted at #36 in April of 2016.

Camp Cope’s Australian tour with Chastity Belt (USA) and a stacked lineup of local supports kicks off in Hobart tomorrow night. All shows ex-Brisbane have sold out and these will be some of Camp Cope’s only headline shows of the year. Erica Freas (RVIVR) will join them in Hobart and the Thursday night show in Melbourne, with Waterfall Person opening on the Friday night. Kelly Lloyd (Screamfeeder) will join them in Brisbane, She’s The Band opens in Adelaide, Moaning Lisa will support in Canberra, with The Nah joining them in Bulli and Sports Bra in Sydney 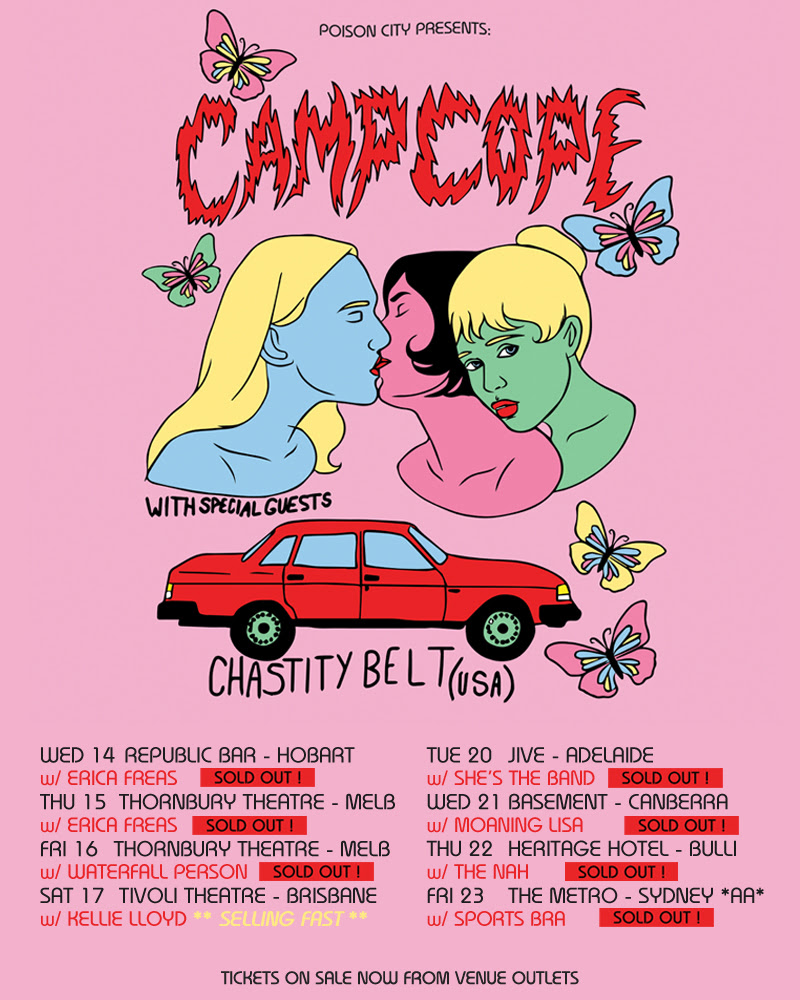