With a Wollongong record breaking number one spot on the ARIA Australian Artist charts and a string of sold out shows, Windang locals Hockey Dad are the non-stop garage rockers making Australian punters turn their heads. With extra dates added to their already sold out tour there are sure to have been at least a few who missed out on this amazing live spectacle, but worry not as we have the full wrap up ready for you.

Opening for the tour are Perth punks BOAT SHOW. Performing as a four piece for the first Sydney show, lead vocals Ali Flintoff doing double duties on guitar, BOAT SHOW lost no energy as they smashed out their unique poppy, protest punk, with Cis White Boy being an obvious favourite. After a run-in with a sound guy on the Adelaide leg of the tour BOAT SHOW weren’t afraid to let the crowd know that they aren’t like any other garage punks you’ve seen, with Ali at one point telling a rough, and quite frankly pretty stupid, crowd to calm their farms, just a tad. “You’re just punching each other in the face.” The band closed their top quality set with absolute hit Can’t Deal.

Following on from the spectacular opening of BOAT SHOW were another Aussie band that’s been making waves recently; Dear Seattle. After a few on stage problems were sorted out the band launched straight into the heat of it, forecasting the show to come while getting the crowd into a rowdy mood. The boys began churning out tune after tune, including a collection of new songs from a forthcoming album, including the super punky Concrete, and the hook laden Maybe with tounge-in-cheek opening line “I don’t want to go to University, because I don’t think they offer a fuckwit degree.” Filling out the set by declining a shoey and instead playing Quiet, teaching the crowd to sing a long to the day time television ode Dr. Phil, and bringing out the nostalgia for early ‘00s radio with a cover of Puddle of Mud’s She Hates Me, Dear Seattle are clearly at home when on stage. They then finished their set with show-stopping single, The Meadows.

During the change between bands a group of alpha males decided to open up a circle pit, seemingly just so they could smash into each other. This was despite BOAT SHOW asking earlier for the crowd to be a little more sensible.

Walking out to the ‘90s hit We Like To Party Hockey Dad waste no time in cutting to the chase with new track The Stride. Thumping through into Boronia’s Laura, Billy Fleming and Zach Stephenson have more energy than most 6 piece bands, with a tower of amps taking up the back of the stage, and a drum riser sitting Billy well above the crowd.  A mid-set kick pedal swap couldn’t slow the boys from Windang as they smashed out tune after tune, with new single Everybody Everybody being an absolute killer that got the crowd feverish.

The banter on stage was another chance for Hockey Dad to show how great they can perform, with nods to their stage tech, drinking beer, and their previous show at the Metro, where they opened for American band Spoon and played to ten people. The show quickly turned into a stand up comedy routine, with stella performances of I Need A Woman, Sweet Release, and first album single Jump the Gun in-between. Closing the main set off with new track Homely Feeling, before their obligatory depart from the stage to set up for an encore. Curiously the stage crew then went about setting up an extra microphone and another guitar amp.

This curiosity was explained once the Hockey Dad duo took to the stage and welcomed DZ Deathrays frontman Shane Parsons to the stage to perform a huge cover of The Vines Get Free, with Parsons taking lead vocals and the Hockey Dad boys chiming in with the chanting Come in’s. The south coast rockers then closed an absolutely stella night with an early one, Seaweed.

Leaving the venue with as much energy as they entered, the night was all go from start to finish. 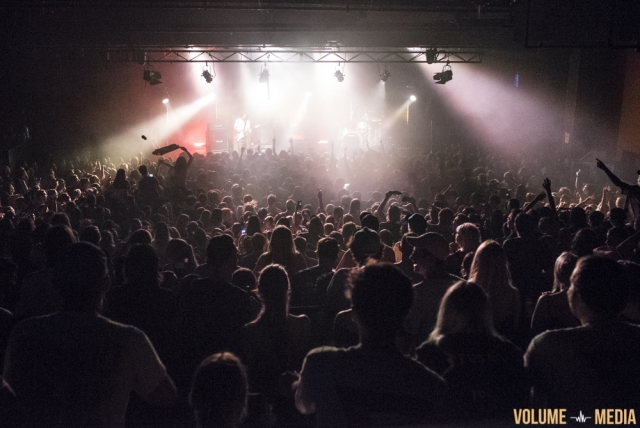 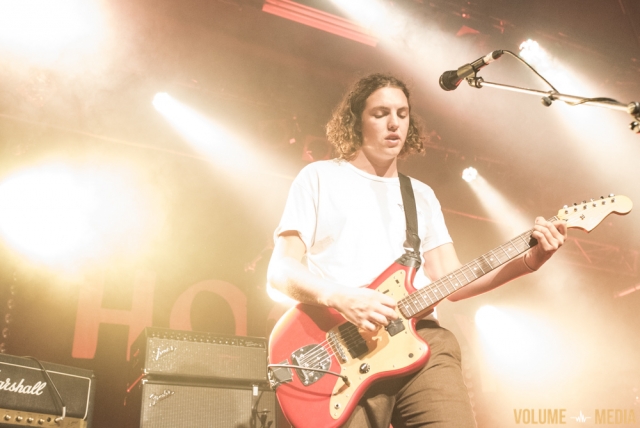 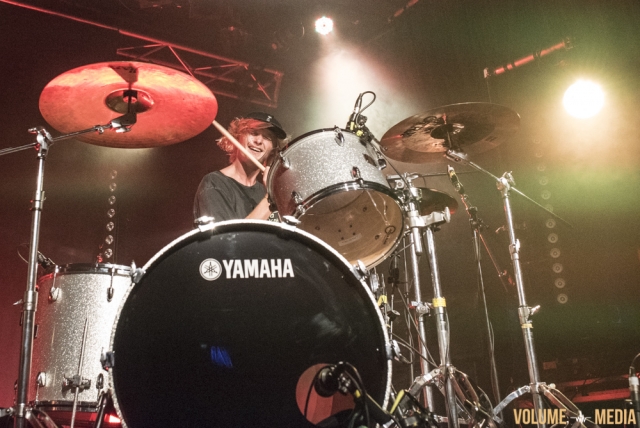 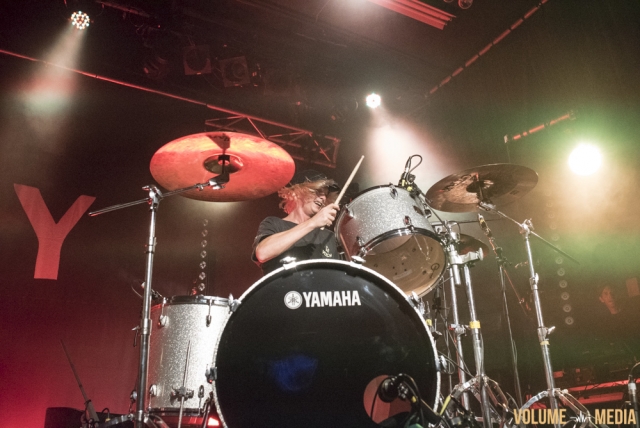 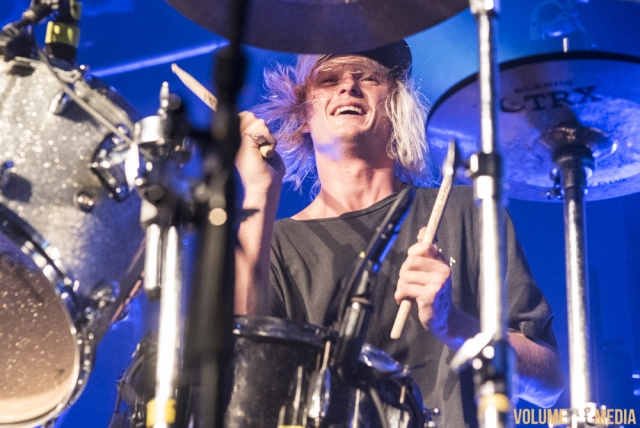 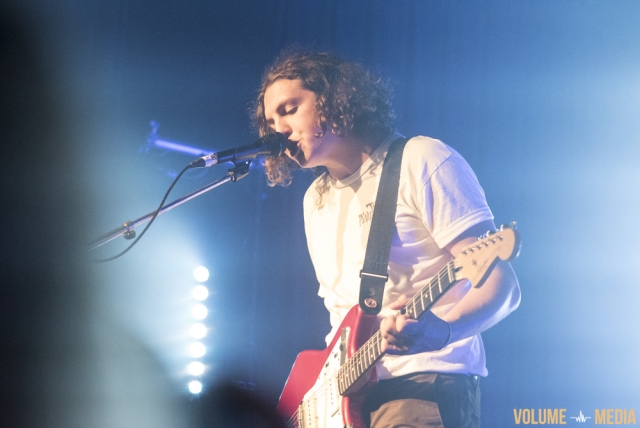 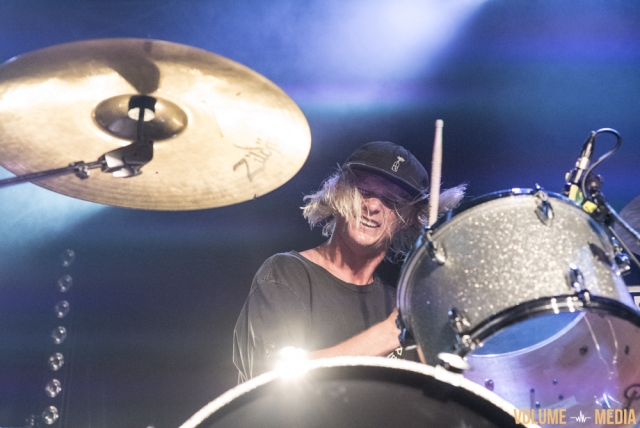 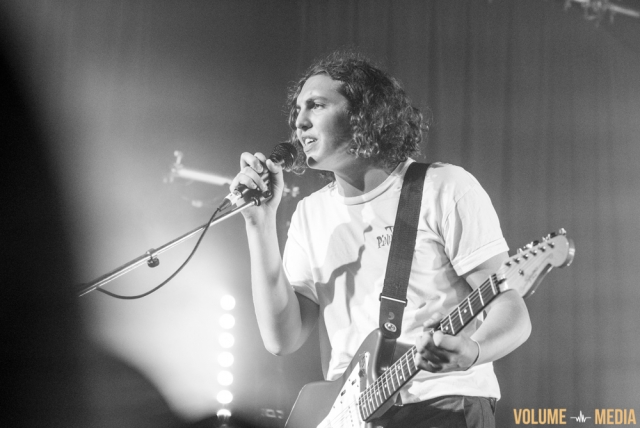 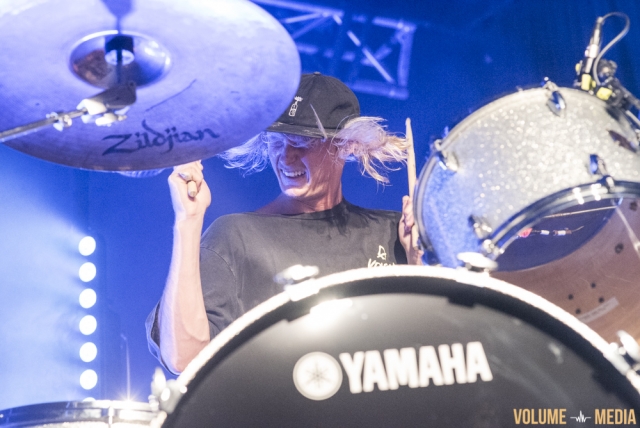 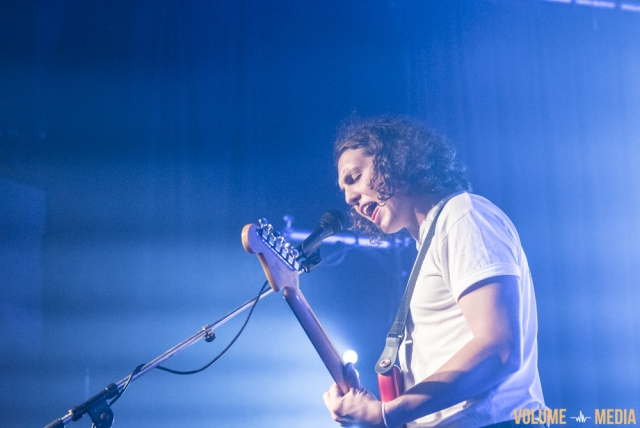 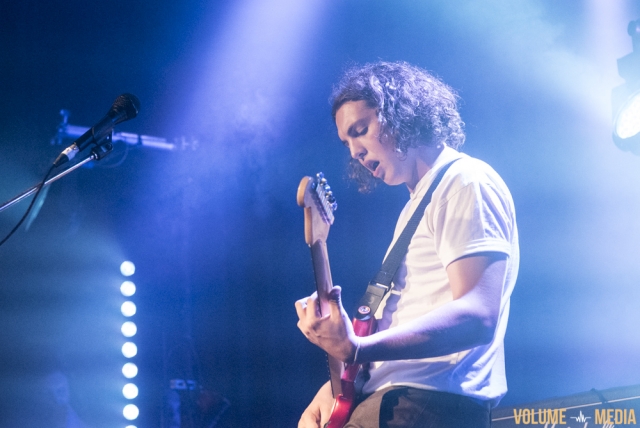 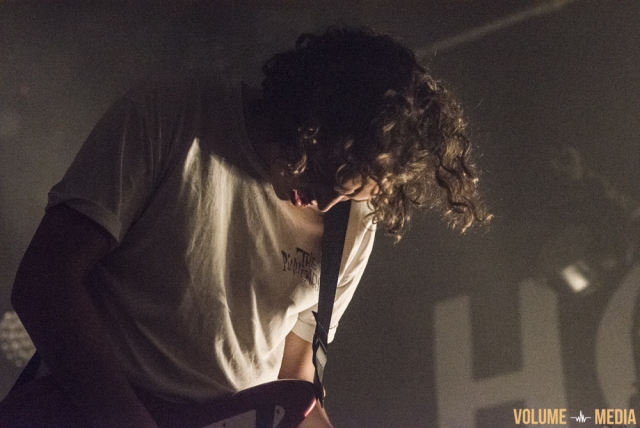 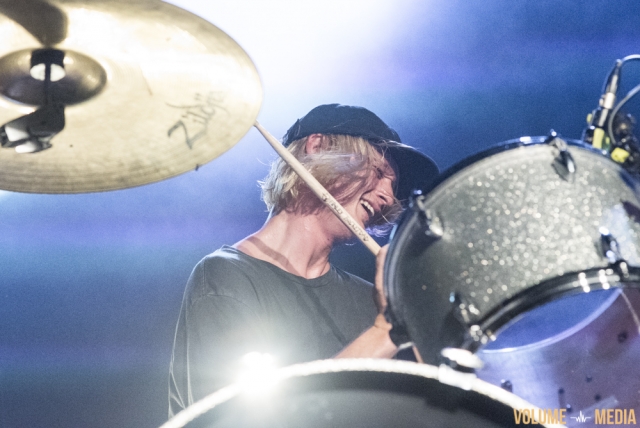 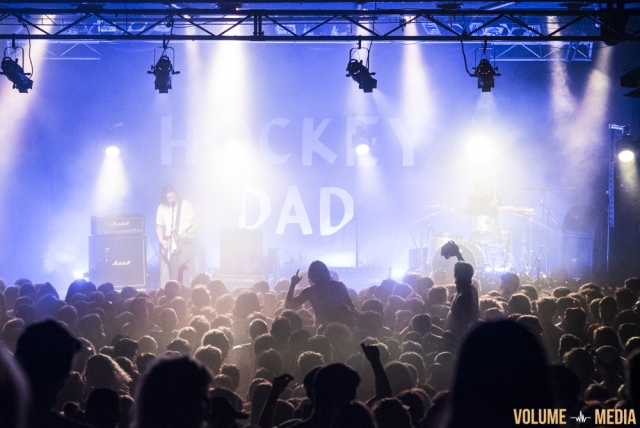 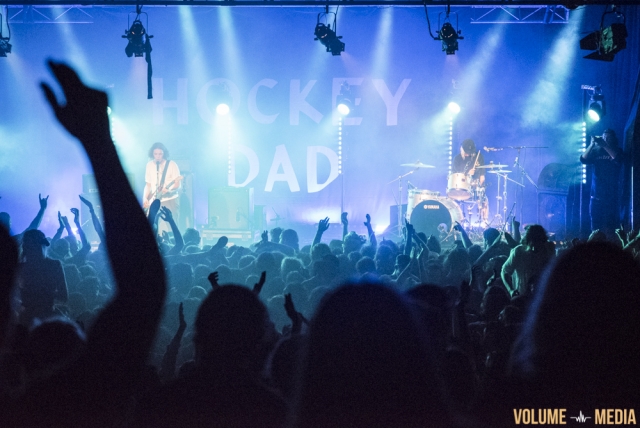 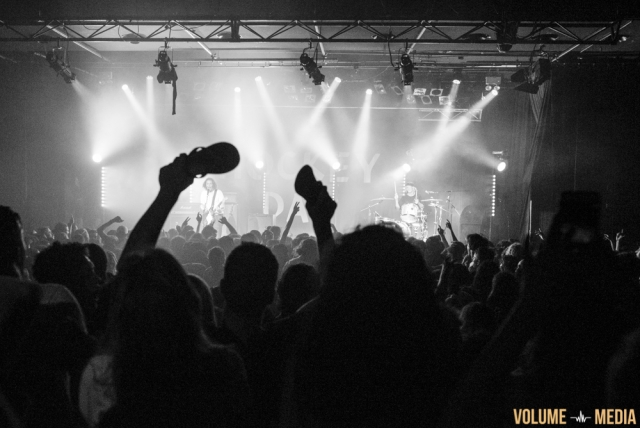 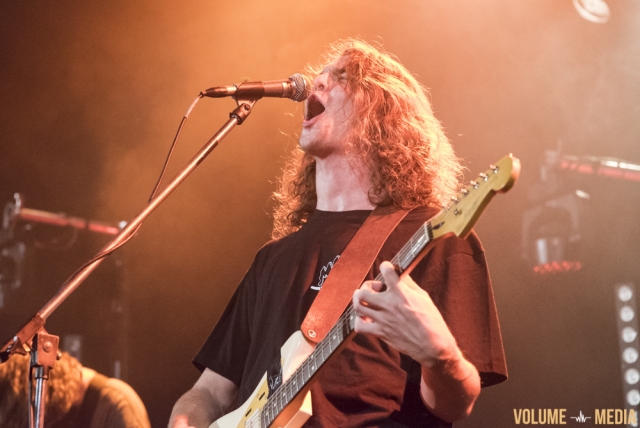 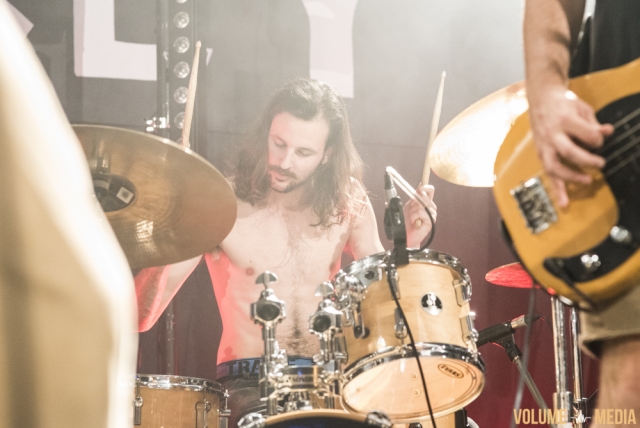 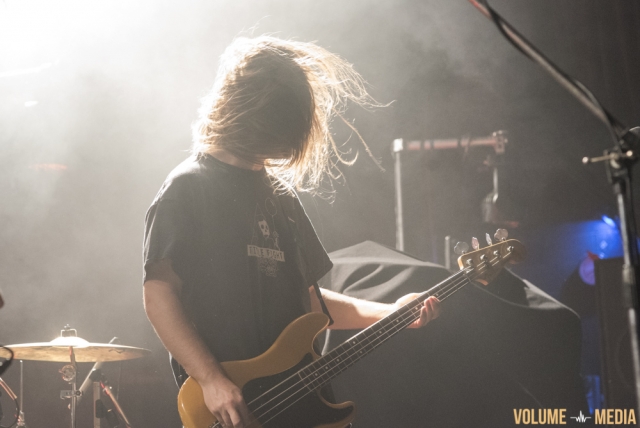 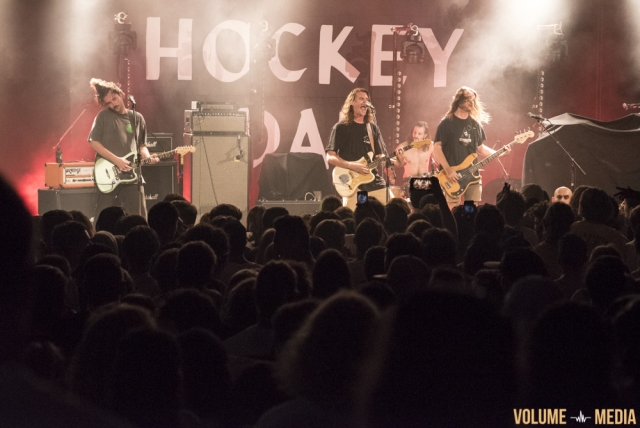 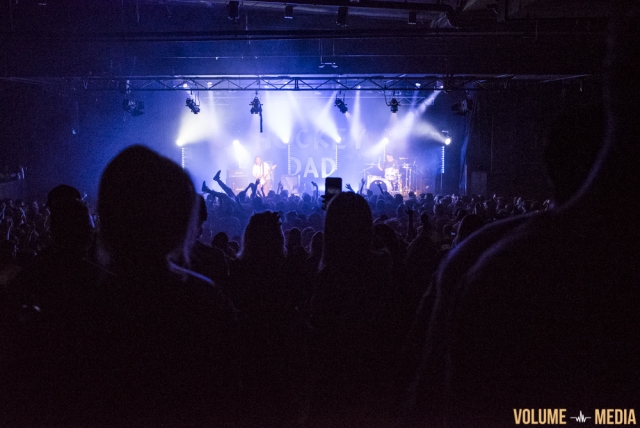