Late last week, Bluesfest 2017 was nominated for two major awards. The first nomination is for the NSW Tourism Awards in the Major Festival and Events Category. This is the festival’s 8th nomination for the award.

The second is for Best Overseas Festival in the UK Festival Awards. Bluesfestis nominated with international heavyweights including Bonnaroo Music and Arts Festival, Lollapalooza Berlin and Roskilde Festival. Australians can vote for Bluesfest to win this illustrious award here.

It was a big week for the festival, with a limited number of single day festival tickets put on sale, due to overwhelming demand. With only one announcement so far, the individual days already feature an incredible line up of artists – and there’s more to come.

Music lovers from across Australia will visit the beautiful Tyagarah Tea Tree Farm, just outside Byron Bay over the Easter long weekend (Thursday 29thMarch to Monday 2nd of April 2018) for the 29th Annual Bluesfest. During the Festival they will enjoy 12 hours of music each day on multiple stages, incredible food and market stalls and on site camping in a range of accommodation options.

Festival and Camping tickets are now on sale through bluesfest.com.au or by phoning the Bluesfest office on 02 6639 9800 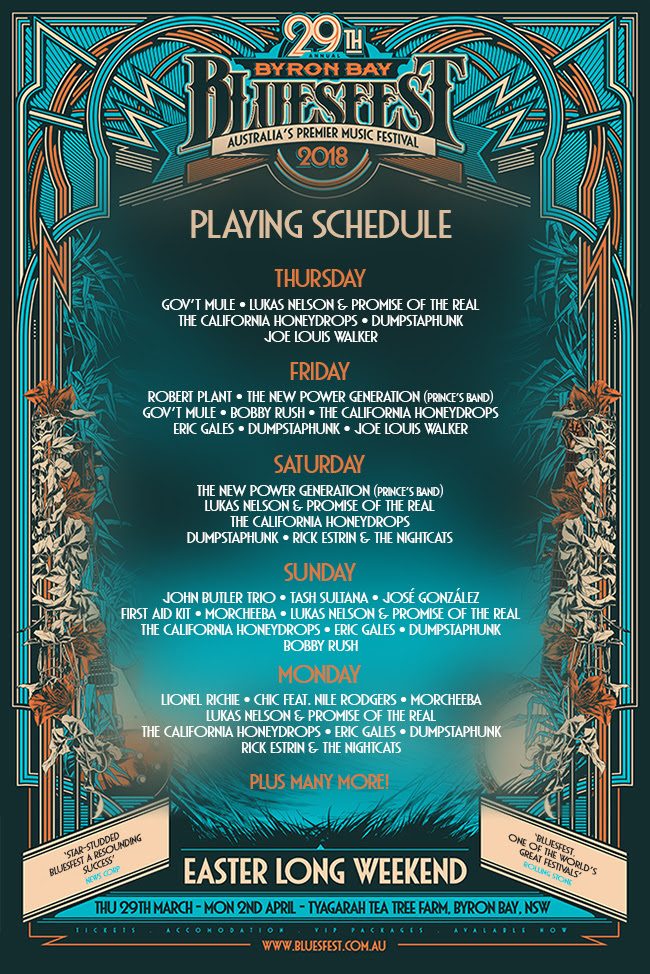