Search
Home
NEWS
To coincide with the release of new album ‘The Balance’ which is the Triple J feature album this week, Catfish And The Bottlemen have added a Newcastle show to their 2019 July tour.
Fans will be stoked to hear that they will be playing Civic Theatre, Newcastle on Tuesday 23rd July.

The new album is made up of 11 new tracks including singles Longshot and 2ALL.

Tickets for Civic Theatre Newcastle will go onsale Monday 6th May at 12pm local time.
Pre-sale begins 12pm AEST on Friday, May 3 concluding at 11am local time on Monday, May 6
Sign up to pre-sale here 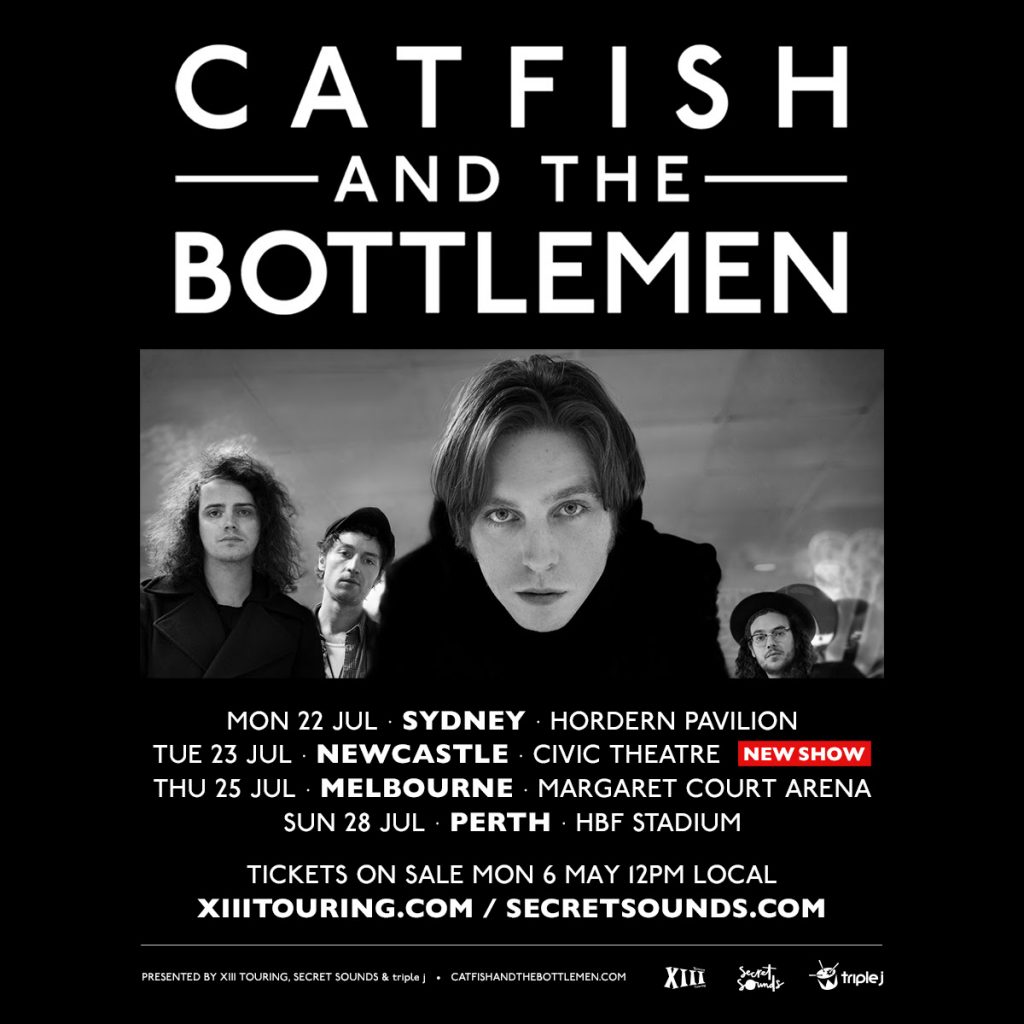 Catfish and the Bottlemen Tour Dates
Brought to you by triple j, XIII Touring and Secret Sounds