These New South Whales are thrilled to share their new single, ‘Nerve 2 Reverse’ which premiered on triple j overnight. Unmistakably punk, the track is short, loud and dangerously catchy and comes ahead of the band’s debut headline shows in London and performances at The Great Escape festival in Brighton this May. Listen HERE.

Of the track, lead vocalist Jamie Timony shares, “Nerve 2 Reverse is about deprogramming  and overwriting bad code. Restore yourself to your factory settings—today!” 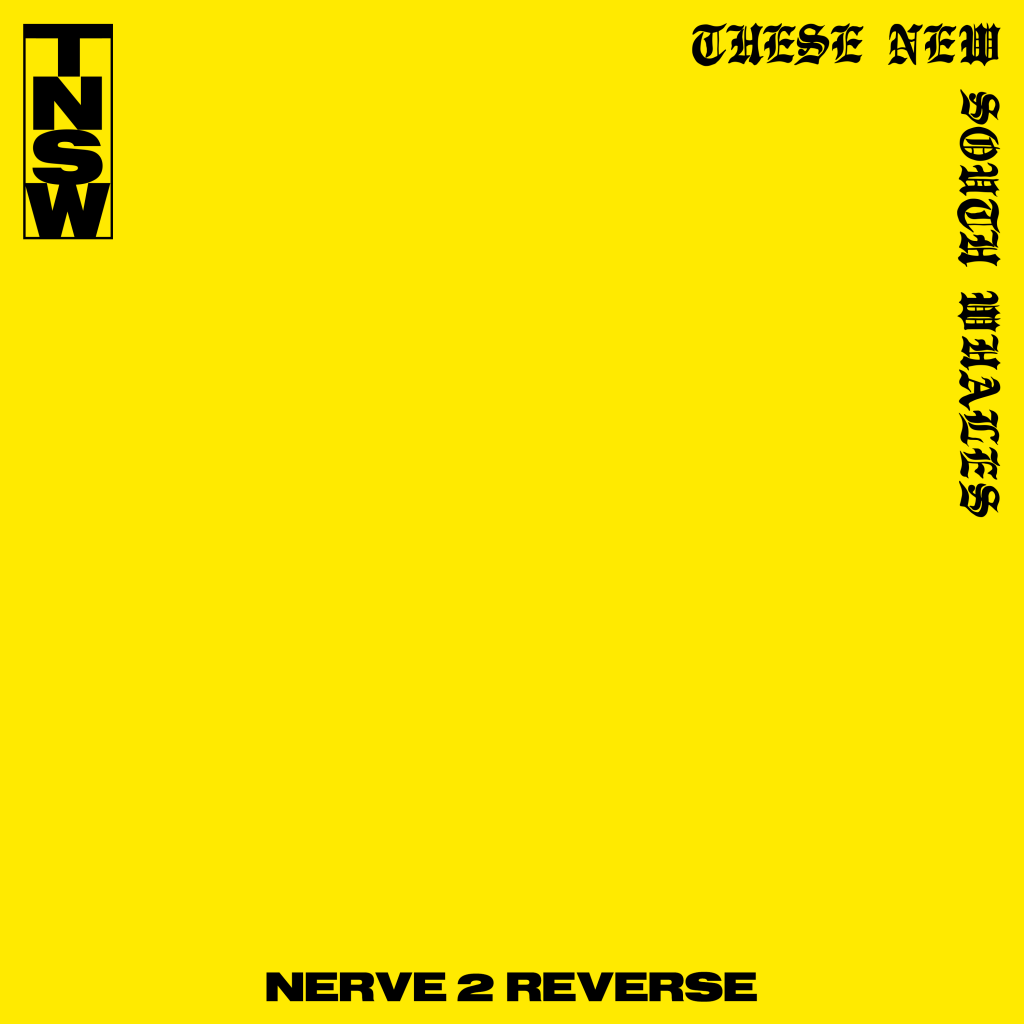 ‘Nerve 2 Reverse’ (produced by Jonathan Boulet) is the first taste of new music from the band since the release of their debut LP You Work For Us in late 2017. Featuring radio favourites ‘Meat Hook‘, ‘Cholesterol Heart (God Bless Ya)‘, ‘Space In Hell‘ and ‘We Don’t Need You Anymore‘, the record raised eyebrows and saw critical acclaim from the likes of FBi Radio (Album Of The Week), Rolling Stone,NME and more, for its assertive sound and thoughtful and candid lyricism.

Australia’s These New South Whales are many things: a band, a TV show, an experience, a phenomenon. Taking influence from punk, metal, new wave, and goth, the foursome formed in 2011 earning an early reputation in Sydney’s underground punk scene as an obscenely compelling act. Live, they wore nipple tape and coughed up sonic hell-scapes with deeply-pitched vocals, jarring loops, and screaming guitars. All against a backdrop of smoke machines and hammering strobe lights.

By the close of 2015 the band was releasing a TV show, Season One of These New South Whales, a mockumentary comedy series that satirised the peaks and troughs of life as a band starting out—touring, bandmate stuff, music industry. The lot. Written and produced by the band themselves, TNSW the show gifted funny and weird cameos from CHVRCHES, METZ, DMA’s, DZ Deathrays and more. Due to its cult-like success, TNSW the show was shortly followed by two fifteen-minute-long specials, ‘The Life We Chose‘ and ‘How The Sausage Was Made‘.

With Season Three, new music and world touring in the works, the band’s future is looking set for good things.
‘Nerve 2 Reverse’ is out now.
Listen to it on Spotify, Apple Music, iTunes, Google Play, Soundcloud and more.