The Delta Riggs have returned with catchy new single ‘Don’t You Frown’, out now on Inertia Music. ‘Don’t You Frown’ premiered last week on triple j’s Good Nights, and is the next taste of the band’s upcoming fourth album due out later this year.

‘Don’t You Frown’ confronts finality and the beginnings of a new chapter with humility and dignified poise, complemented with the band’s usual disarming charisma and knack for melody.

“The song is a posthumous perspective based off a scary experience I had from the effects of touring and living too fast,” says bassist Michael Tramonte. “The fright exposed an urge in me to express my love and appreciation for friends and family and to let them know that I would be sad to look down on them and see people frowning and not moving on with their lives. It’s more a song of celebration over a macabre or melancholic context.”

LISTEN TO THE NEW SINGLE ‘DON’T YOU FROWN’ HERE

The single follows previous tracks ‘Out Of Place’ and ‘Fake That’, which served as a wake-up call for an age where Insta-fame, AR, and #fakenews dominate our digital realm. This sincere approach to songwriting saw ‘Fake That’ score a high rotation add on triple j leading into a sold out national headline tour, and clock up over 400k streams on Spotify. 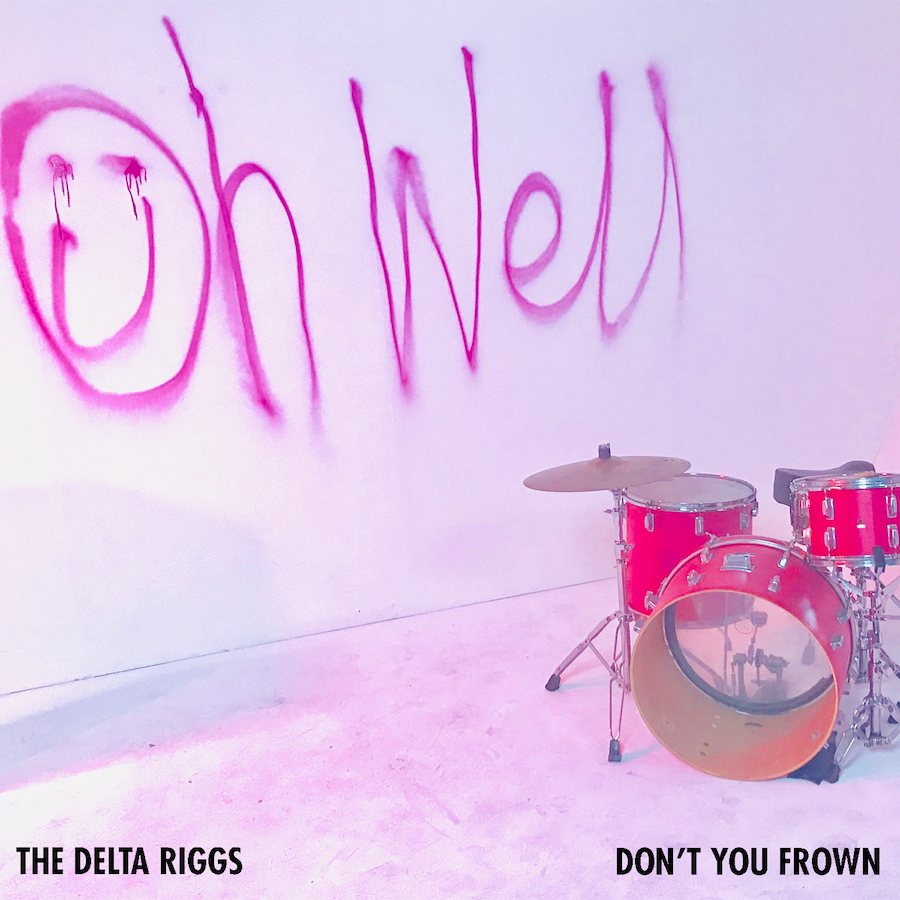 Follow up single ‘Out Of Place’ was also met with widespread love, gaining a rotation add on triple j and clocking up over 270k streams and counting. Early 2019 saw The Delta Riggs take their incredible live show through Queensland on their Summer Szechuan tour, where they played to audiences in Byron Bay, Gold Coast, and Sunshine Coast. This was tailed by the band’s ‘Unscramble Your Lids’ east coast tour, which boasted an enviable supporting lineup of Bec Sandridge, Tiny Little Houses, and Eliza & the Delusionals, and had crowds flocking to fill 800+ capacity rooms.

The new tracks follow the band’s acclaimed 2016 album ‘Active Galactic’, featuring the hit single ‘Baddest Motherfucker In the Beehive’ which has stacked up close to 2million Spotify streams since release. The Delta Riggs have also cut their teeth on some impressive live shows, having supported Foo Fighters, Kasabian, and Primal Scream, plus performing at Splendour In the Grass, Groovin’ The Moo, and Festival of the Sun.

Despite modern pressures, The Delta Riggs have stayed true to themselves. They’ve remained busy on the road, meeting and performing for real people, listening to their stories and creating genuine connections. It’s these stories, mashed with sweat, swagger, and guitars that has influenced the band’s fourth self-produced record, due for release in 2019.

THE DELTA RIGGS APPEARING AT VIVID