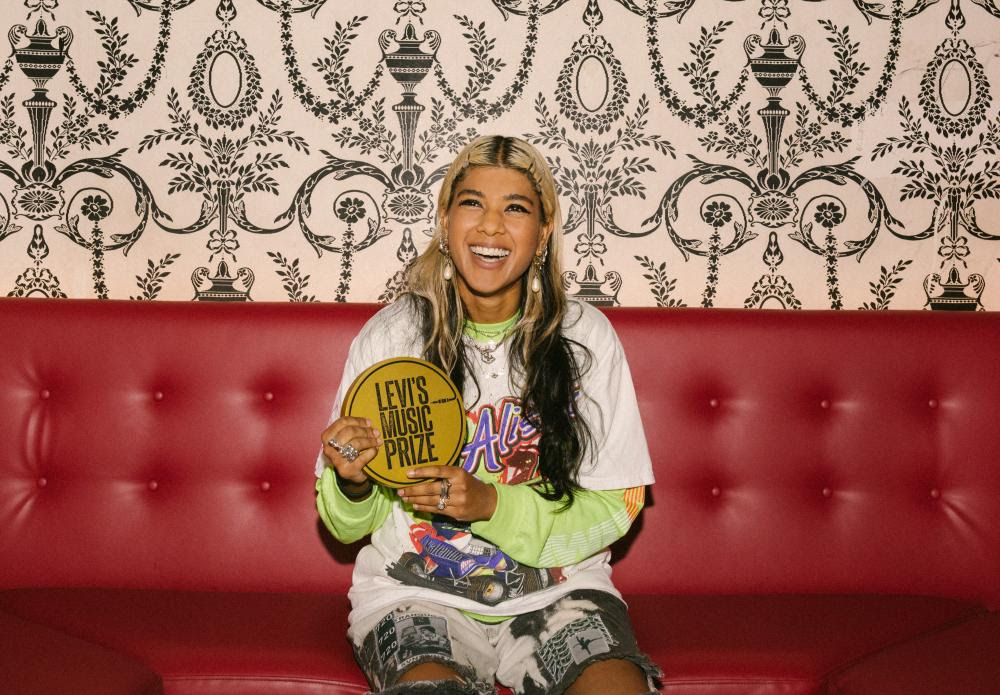 Since showcasing at BIGSOUND 2016, Ecca has spent several years building a solid professional network to support her international career. Releasing a successful debut album through Dew Process in Australia / NZ and Island Records (UK) in 2017, Ecca has also been working with WME UK to perform at some of the biggest festivals in Europe such as Afropunk, Download and Reading and Leeds.
Ecca hopes to record a second full length record with the help of the Levi’s® Music Prize.
“A massive thank you to Levi’s® for this award, it means the world to me! The extra cash is going to be a huge help for the next stage, as I head off on tour and make an album, so I really appreciate the support. Big love!” – Ecca Vandal
The decision was made by a panel of respected music industry executives from across the globe, coordinated by Sounds Australia that included Mary Ramos, (Saturday Music, Inc.), Rachel Cragg, (Director of A&R and Management at Nettwerk Music Group), Mollie Lehman, (Atlantic Records A&R) and Paul Adam (New Community Management).
“An incredibly talented artist, we’re thrilled to announce Ecca Vandal as the most recent winner of the Levi’s® Music Prize. We can’t wait to see what 2020 has in-store for her and all Levi’s® Music Prize alumni, and we look forward to continuing to support emerging artists across Australia and New Zealand”
– Paul Sweet, Country Manager Australia/New Zealand.
Now in its third year, Levi’s® partnership with BIGSOUND has so far awarded over $200,000 to financially assist Australian and New Zealand acts with their careers. The prize provides $25,000 cash from Levi’s® and $5,000 in travel from Stage and Screen and is administered by QMusic in conjunction with Sounds Australia. The prize provides multiple opportunities for BIGSOUND artists as they build their international careers post-BIGSOUND. Previous winners include The Teskey Brothers, Amyl & The Sniffers, Stella Donnelly, Alex Lahey, Rolling Blackouts Coastal Fever, Hatchie and Emerson Snowe.
The winner of the next round will be announced on Friday 6 September at BIGSOUND Festival 2019 with 147 showcasing artists eligible for Round 1 2019/20 of the prestigious $30,000 prize. Visit https://www.bigsound.org.au/music-festival/levis-music-prize
Celebrating its 18th year, BIGSOUND is the southern hemisphere’s premier festival of new music, providing a unique live music experience for music fans, media, industry and international tastemakers alike to discover the future of music.
Tickets are on sale now from $45+bf via Oztix.

Visit the www.bigsound.org.au for more information.

Ecca Vandal is set to make a guest appearance on the Hilltop Hoods tour in Sydney (Aug 31) and Perth (Sept 7), on the tracks, “Exit Sign” and “Be Yourself” off the record, The Great Expanse, of which she features.