To say that Hellions have been one of the most important bands in the alternative scene this past decade almost doesn’t do justice to their unrelenting spirits. In speaking of this, Rue embodies that spirit, and aims to lift up everyone who has the pleasure to experience the album.

As Hellions have recently announced the near depature from guitarist Matt Gravolin, the night at The Metro was always going to something deeplt special. Being the last show of the Rue tour, and playing to their hometown crowd, Hellions and supporting acts Dregg, Yours Truly and Eat Your Heart Out really make the most of the night.

Dregg have never been ones to shy away from their unique enigmatic personalities, and it shines brilliantly in tune with Hellions’ own strives to push for individuality. Hitting the stage with their faces painted, wearing some of the funkiest clothes a man could buy, Dregg launch into a chaotic frenzy of nu-metal hardcore that had early crowds screaming along. Powering through tracks RETURN OF THE DREGG, and Sorry Daddy, lead Chris Mackertich tornadoes around the stage. Even in between songs, the same chaos is heard in Mackertich’s stage banter as he debates with himself how to pronounce the title of their song Hyperbole.

Probably the most exciting thing about Yours Truly is vocalist Mikaila Delgado’s insane vocal range. With that in mind, it’s no wonder that the band has seen swift success with their signing to UNFD and their latest EP Afterglow. The band takes to The Metro’s stage headstrong and launch straight into I Can’t Feel. There’s a collective jaw-drop on all the people surrounding me during the HUGE key change towards the back end of the track. All the new tracks from Afterglow have a huge reaction, and it’s really exciting to see crowds move along to the infectiousness of it all. Delgado leads the band with such unwavering ferocity that will no doubt see the band shot further into stardom in the coming years.

Having released their debut album Florescence, the day of the show, Eat Your Heart Out start up with lead single Carousel. Perhaps the most pleasing part about Eat Your Heart Out’s existence has been their constant growth. It’s undeniable that the band has taken massive steps forward in the quality of their performance, to the point that their presence on a stage the size of The Metro is organic and well deserved. The rest of the set sees a healthy selection of tracks from older Eps like Mind Games, while still being a celebration of the new album.

The familiar ticking of title-track Rue kicks in, and Gravolin’s tender vocals kick in. There’s something deeply special about opening with a song like this when all you can hear is a sea of people chanting in unison. It calls back to Hellions’ message of fearlessness and unity that has been so integral to the band since their beginnings.

From here, the flurry of chaos that makes a Hellions show begins. The circus inspired (Blueberry) Odyssey comes in with ferocity and the crowd-surfing doesn’t stop from this point, especially when The Lotus Eater follows.

The rest of the set sees a lot of respect to older material, like The Penultimate Year, and more recent success’ from Opera Oblivia and Rue. There’s been an endless array of love and praise for Hellions since their humble beginnings, so there’s indulgence in hearing a celebration of their endless traverse of genre.

The theatrical playthrough is executed perfectly, and it’s a treat to hear it all unfold live.

Dre’s penchant for crowd interaction is on full display throughout the night, as he has the crowd stirring in perfect unison with his movements, during tracks like X (mwah) and Get Up!.

Even in more somber moments, with Dre discussing Gravolin’s unmeasurable contributions to the band, there’s an unlimited love and admiration echoing through the room.

Closing out the night with Thresher and Smile, the crowds are charged with hand-clapping and a flurry of moshes –  everything you’d want or expect from a Hellions show. The boundless energy that each and every member of the band bring to their performance is possibly the best for alternative music in Australia.

Hellions have always been misfits at heart. That message has evolved and changed with time though, as the band has preached tolerance and acceptance, all the while retaining the core “be yourself”. The night, marking the end of their tour, and Gravolin’s tenure with the band, reflects this effortlessly. Making clear to everyone that Hellions is here to stay, there can only be words of excitement for what is to come, and what the band will metamorphosize into next. 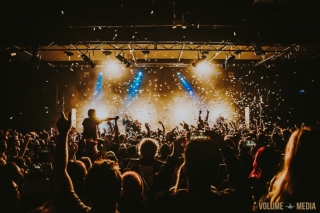 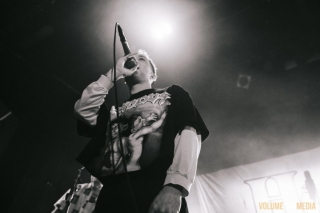 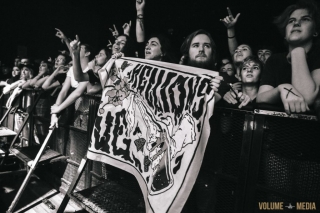 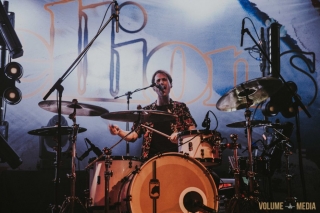 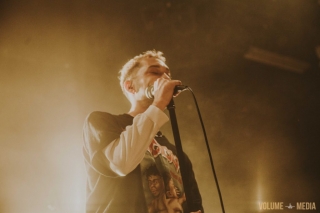 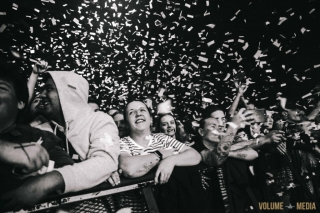 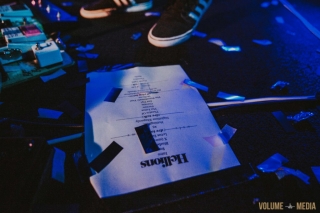 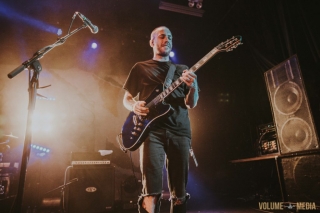 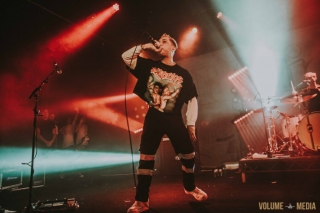 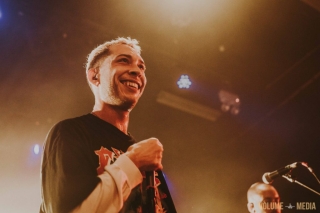 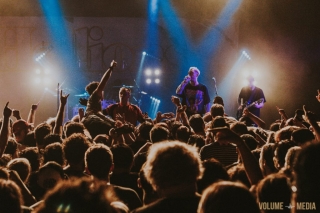 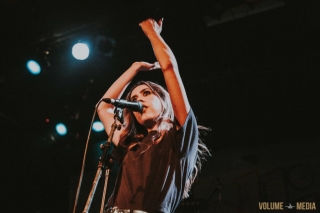 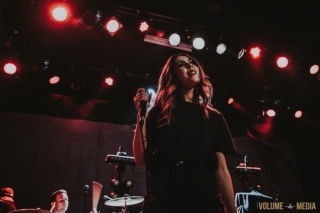 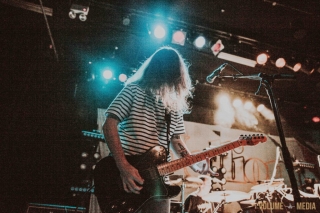 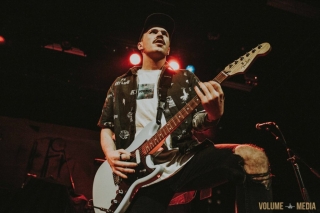 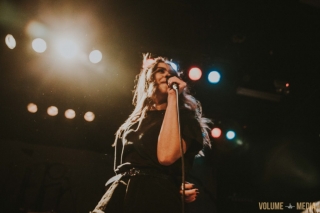 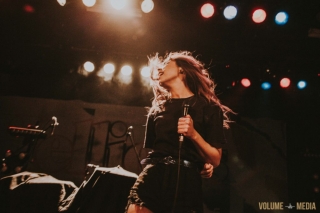 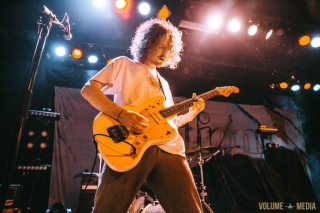 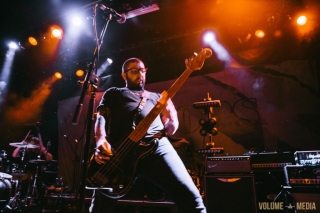 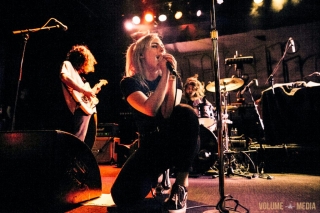 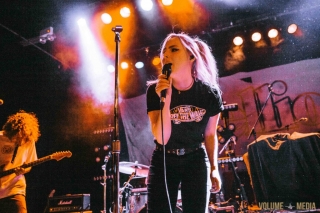 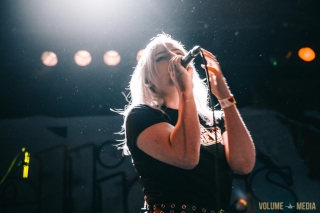 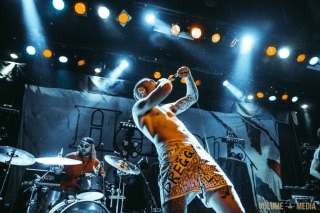 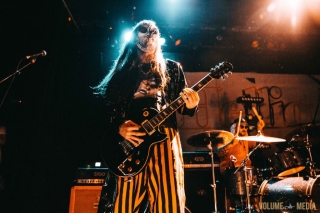 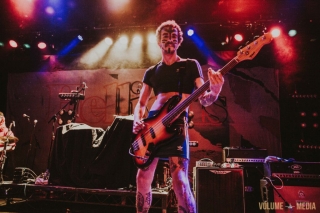 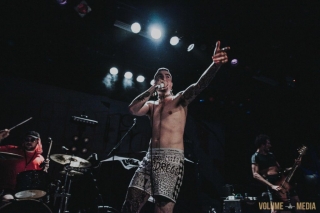