Australia’s favourite party wave is back for a third turn around the country, with an expanded run of dates and one helluva team of 2020 in tow! Still need tickets? You can find them here.

Travelling alongside the World Surf League Australian tour, The Drop 2020 will take an allstar lineup of Aussie legends to Noosa, Newcastle, Manly, Coolangatta, Torquay and Bussleton across February, March and April.

Get ready to slap on your sunscreen and party with… 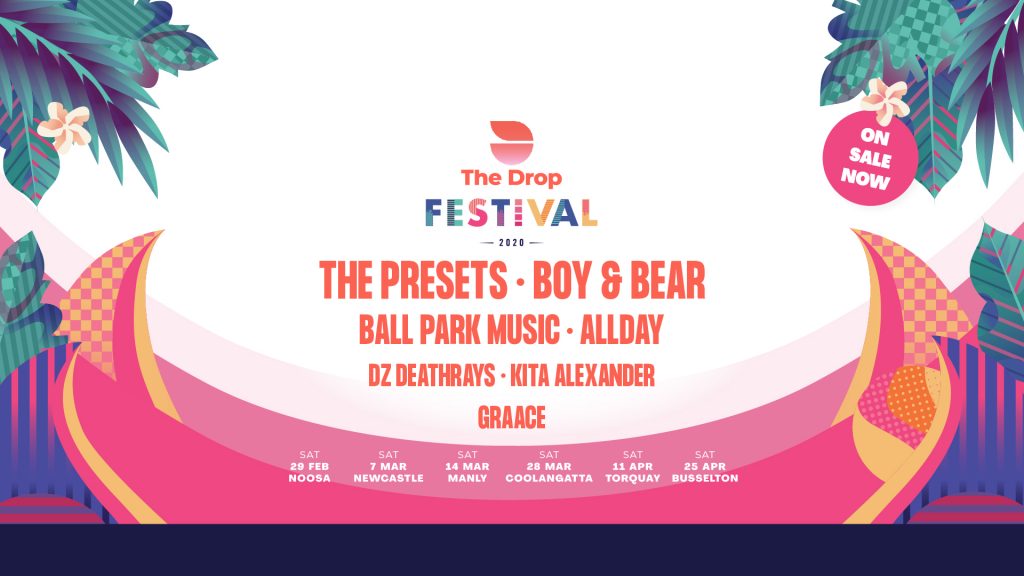 In 2008 THE PRESETS lit up the music world with their chart-topping LP ‘Apocalypso’ and hit single ‘My People’. Setting new standards for dance music, this album took out 5 ARIA awards as well as the coveted J Award for Album of The Year. In June 2018 they released their fourth studio album ‘HI VIZ’ which debuted at #1 on the iTunes chart and the tracks ‘Do What You Want’, ’14U+14ME’ and ‘Downtown Shutdown’ proceeded to blow up the triple j airwaves. They recently released their collaborative ‘RAKA EP’ with Golden Features, featuring lead single ‘Paradise’ – which became the most played song on triple j within weeks of its release. The Presets are bona fide national treasures and they’re bringing the party to The Drop 2020!

After firmly cementing themselves in the Australian music scene with a run of chart topping albums and hit singles including ‘Southern Sun’, ‘Walk the Wire’ and ‘Feeding Line’, multi ARIA award winning band BOY & BEAR were forced to take a four year hiatus due to serious health concerns. But now they are very much back, with an acclaimed new album ‘Suck On Light’. Boy & Bear will hit the road across Europe before heading home to play for fans at The Drop. 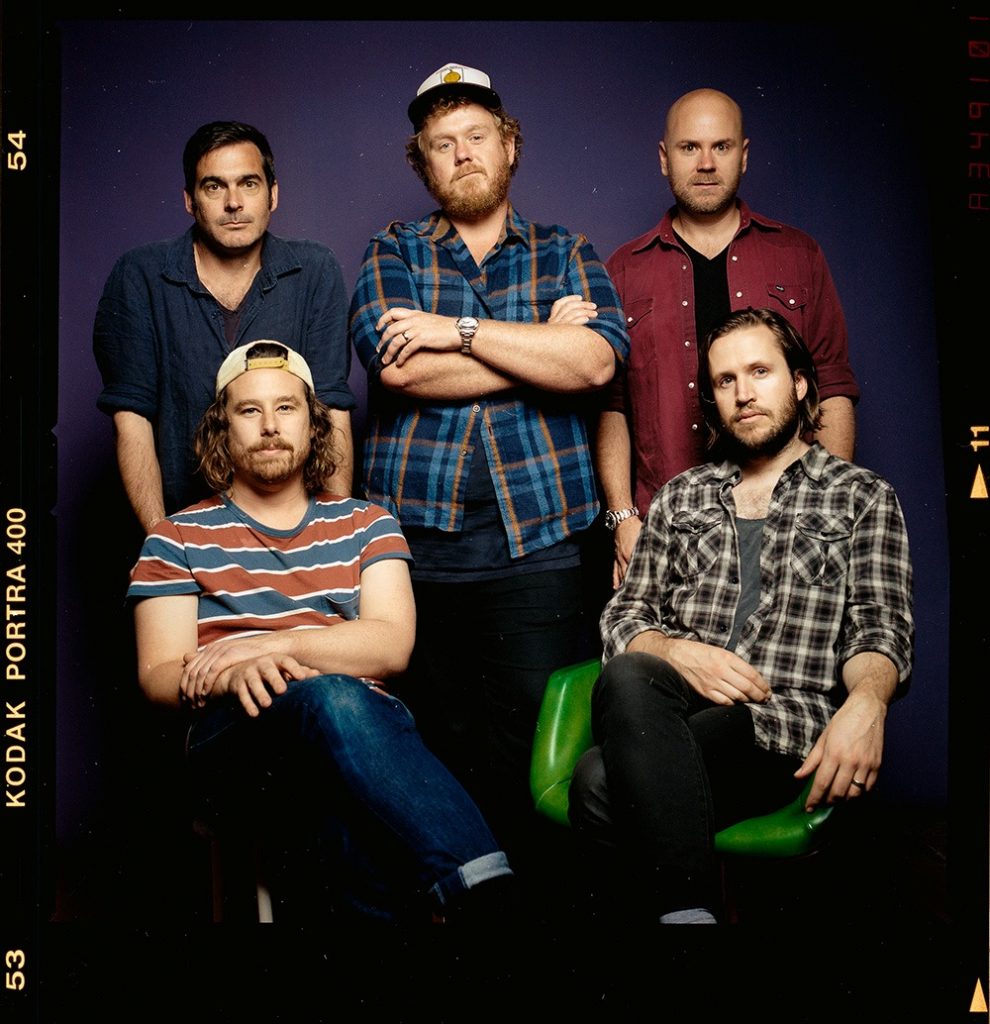 Four J-award album nominations, sold-out headline tours, nine appearances in Triple J’s Hottest 100, renowned performances at major festivals around the world and five critically acclaimed studio albums have made Brisbane’s BALL PARK MUSIC one of the most respected acts in the country. There’s no doubt you’ve had one of their vibrant indie-rock anthems stuck in your head for weeks at some stage. Think ‘She Only Loves Me When I’m There’, ‘It’s Nice To Be Alive’, ‘Exactly How You Are’ and so many more! Get ready for a BPM singalong in the sand!

ALLDAY’s debut album, ‘Startup Cult’, landed a #3 spot on the ARIA Charts and spawned hit singles ‘Right Now’ and ‘You Always Know The DJ’ while his second full-length project, ‘Speeding’, scored another top 10 chart debut with hit singles ‘Sides’, ‘Raceway’ and the incredible ‘In Motion’. With his recently released third album, ‘Starry Night Over the Phone’, Allday established himself as one of the most exciting and beloved rappers in Australia. With three top ten charts and multiple gold certified singles, its no wonder Allday is able to pack out big rooms all over the country. Get ready to take in the Allday juggernaut when he hits the stage at The Drop!

From a start playing gigs at house parties DZ DEATHRAYS has become one of the most loved rock acts in Australia. They’ve released four records, won multiple ARIA Awards, toured the world countless times, supported The Foo Fighters and have even collaborated with a Wiggle. Firm festival favourites, they’ve played multiple times at Splendour in the Grass, Falls Festival, Laneway and more and tracks like ‘Total Meltdown’, ‘Gina Works At Hearts’ and ‘Like People’ never fail to deliver! With DZ the party never dies.

When she’s not surfing, KITA ALEXANDER writes wistful, sophisticated pop songs that are never too far removed from the ocean. With two EPs, acclaimed singles and over 80 million streams already behind her, in May Kita released ‘Between You & I’.

GRAACE’s break came from collaborating with the the likes of Hayden James and Flight Facilities but she’s since carved out her own space with tracks like ‘Last Night’, ‘Have Fun At Your Party’ and ‘Numb’ racking  up tens of millions of streams. Catch GRAACE’s vulnerable but powerful music at The Drop 2020.

Grab your best mates and prepare to follow the coast for an epic lineup of Australian artists at some of the best beaches in the world!