Tash Sultana sold over 20,000 tickets to her Homecoming Arena Tour in the first 30 hours on sale, selling out Fremantle Arts Centre with final tickets remaining for all other shows.

Tash has spent the last 18 months selling out shows worldwide & going global with her unique sound playing over 20 countries. She is currently touring Europe and UK playing sold out headline theatre shows and festivals before a sold out run in the Fall in North America.

Tash’s intoxicating on-stage presence & gift for writing has seen her Notion EP reach 50 million streams on Spotify, top the iTunes chart, stay in the ARIA chart since it’s release almost a year ago and get millions of views on Facebook & Youtube. 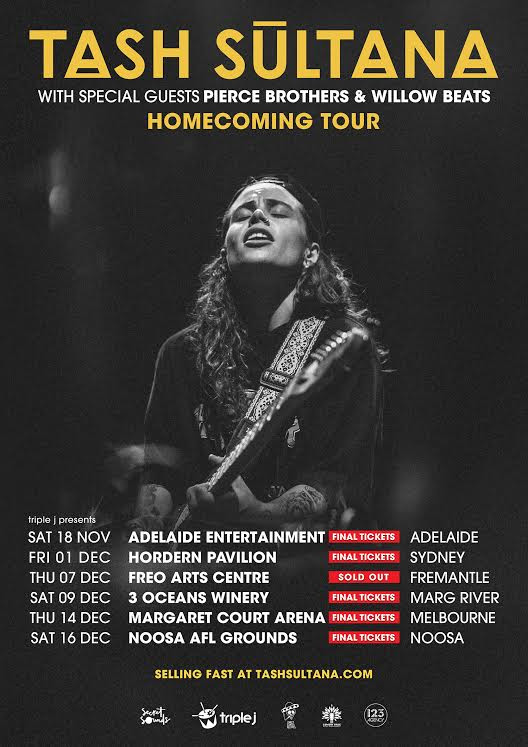