Grammy® award-winning Californian rockers Tool have proved yet again just why they’re one of the most in-demand acts on the planet, with thousands of fans snapping up pre-sale allocations in mere minutes for the band’s first Australasian tour in seven years in February 2020.

To meet the overwhelming demand, Frontier Touring is pleased to announce a second Melbourne concert at Rod Laver Arena on Sunday 23 February.

The new show will be available in the Frontier Members pre-sale at 3.30pm AEDT TODAY (Wed 20 Nov) via frontiertouring.com/tool

The most anticipated rock tour of 2020 comes off the back of the band’s critically-acclaimed fifth studio album, and their first new record in 13 years: Fear Inoculum. Don’t miss the multi-sensory, groundbreaking experience that is Tool, live in concert.

General public tickets to all original and added concerts in Melbourne and Auckland will also be available on Friday 22 November at 2pm local time. 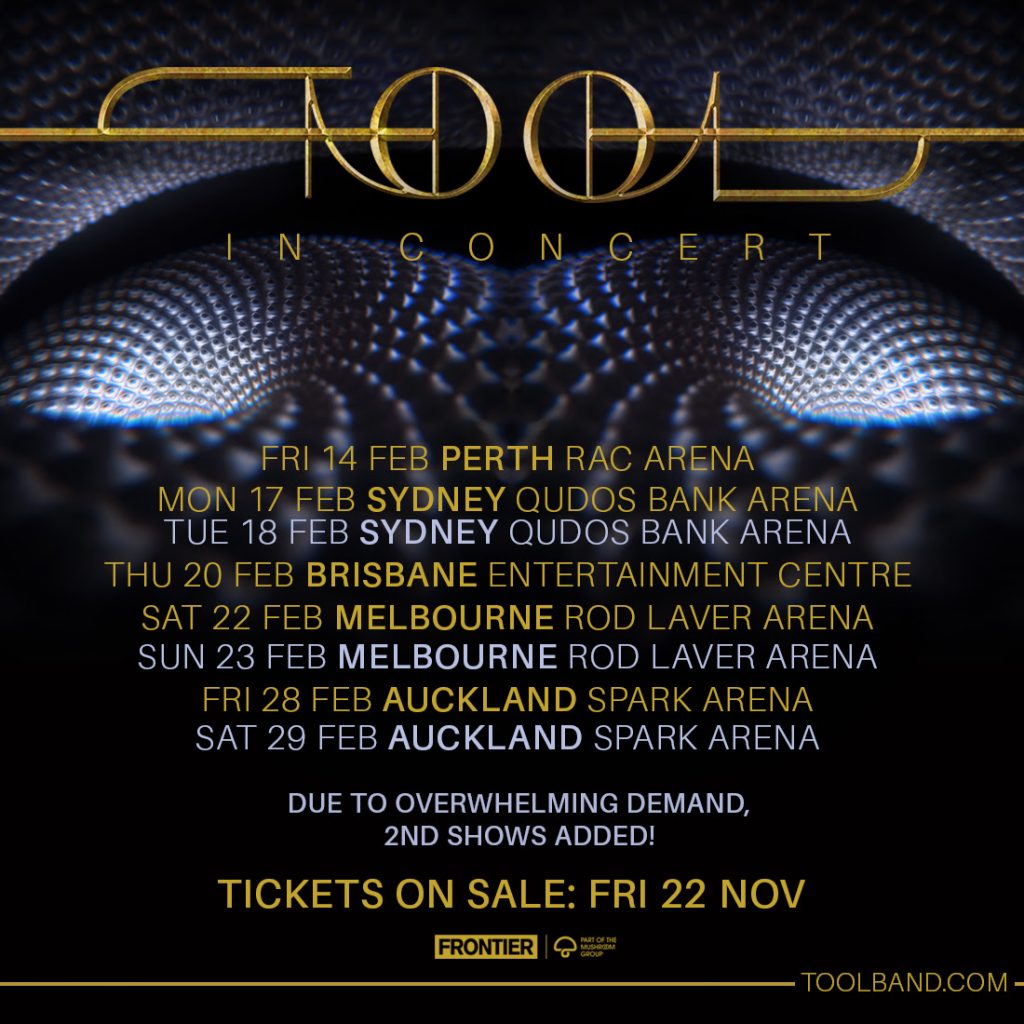