ONE OK ROCK are the biggest rock band in Japan today, and are about to make their first ever headline tour trip to Australia!

Filling stadiums in Japan is not enough: ONE OK ROCK are on a mission to take their brilliant live show around the world and are stepping it up to a whole new level that simply cannot be ignored.

ONE OK ROCK’s new studio album, ‘Ambitions’, sees them “refusing to coast and judging by this eighth album, they could soon be enormous everywhere…anthem after anthem” – Rock Sound

Tickets for ONE OK ROCK go on sale Thursday 18 May, 9am local. 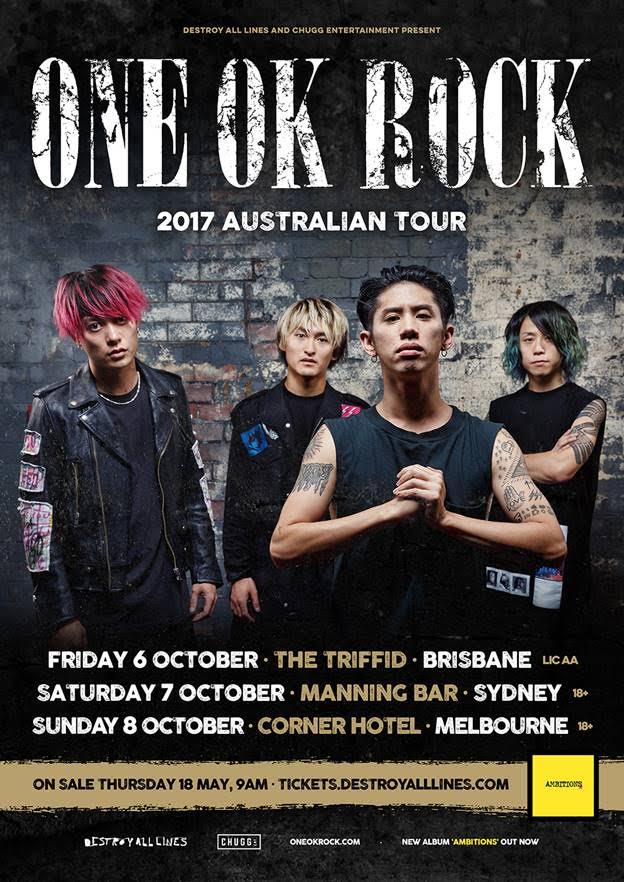