You asked for it, we teased it and now we can finally announce it!

BBE are very excited to announce that German techno powerhouse Boys Noize is returning to Australia this Easter Long Weekend (April 13-16) for a string of unforgettable headline performances on his WAREHAUS Tour.

Boys Noize, aka Alex Ridha, is a pioneer of his genre in every sense, standing tall as one of the most prolific artists in electronic music. He’s the techno punk whose uncompromising level of production and performance has taken him the world over; banging from the underground to mainstream and headlining some of the biggest festivals around the stratosphere.

Having worked and collaborated with such a diverse spectrum of musicians ranging from Depeche Mode and Daft Punk to Skrillex, Erol Alkan, Hudson Mohawke Spank Rock, Danny Brown, Santigold and the almighty Snoop Dogg, it’s not hard to understand why Ridha is one of the most respected artists in the world.

To add to his incredible list of feats, he is also the founder and heart of renowned Boys Noize Records and its sub label BNR Trax. Despite his ever-expanding label roster and the increased demand for his time as a producer and remixer, Boys Noize still manages to find the time to tour the world and release new music, with his most recent album “Mayday” absolutely dominating 2016.

Sydney – lock in and prep yourselves for 3 hours of techno mayhem as the one and only Boys Noize unleashes himself upon the Metro Theatre this Easter Saturday April 15th, 2017! 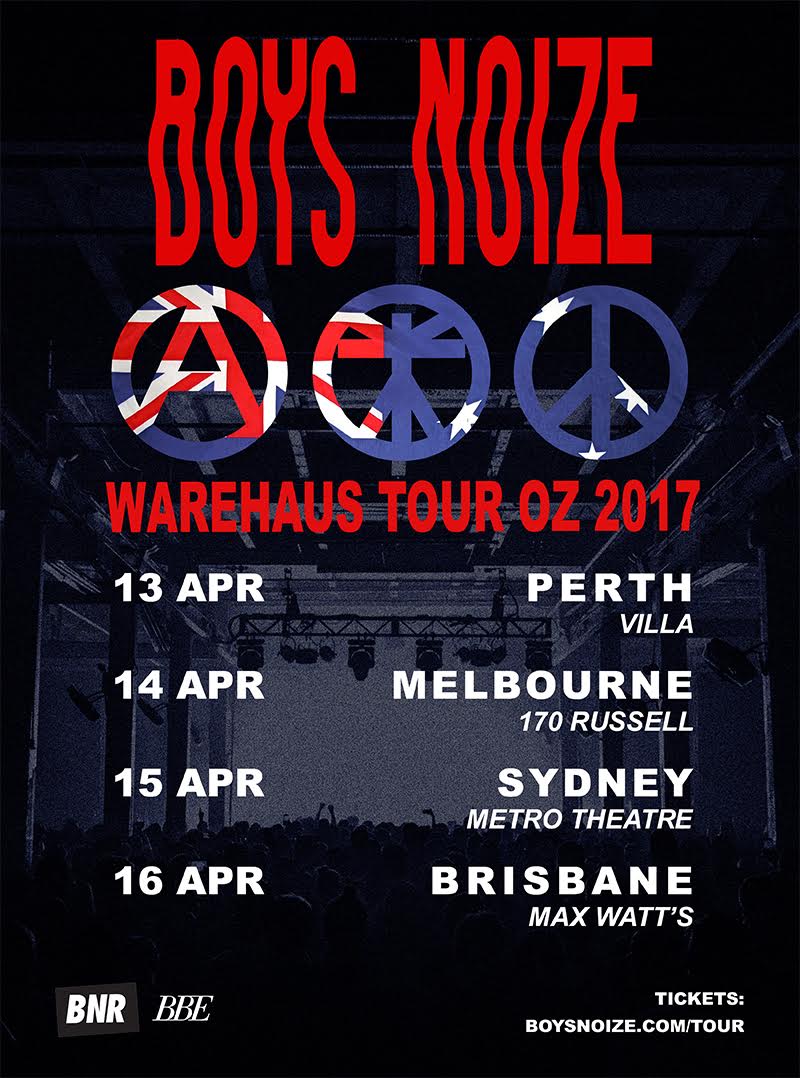